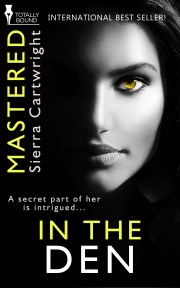 In the Den PRINT

Share what you thought about In the Den PRINT and earn reward points.

Sierra Cartwright - Article for In the Den

Author Sierra Cartwright introduces us to her Mastered series. Book six, In the Den, is out today. Bring your handcuffs!