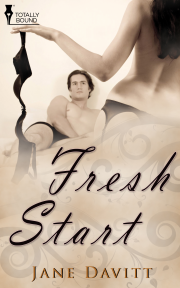 When you're already living with the man of your dreams, what do you do when it isn't enough?

Helen's found the man of her dreams and she's living with Connor and discovering how fulfilling it is to be his sub. When Connor leaves on a business trip, that happiness is shattered by a letter he gives her. Connor wants more from Helen, but can she give it to him?

The carpet against her knees had always felt soft when she was walking on it barefoot, but after forty minutes of kneeling, Helen was convinced that it was made of sandpaper, not wool. She shifted position, just a little, just an inch, and Connor’s hand moved.

How many times had he tugged sharply on the chain? She’d lost count. She’d tried to stay completely, perfectly still, but it wasn’t easy and the blindfold wasn’t helping. She wasn’t disorientated, just distracted. Connor was sitting at his desk, writing, and the scratch of his pen, and the rustle of paper, told her exactly where he was.

If he’d taken that sense away from her, too, plugging her ears, it wouldn’t have mattered. She could still smell him, each breath she took leaving her more helplessly aroused than before. It was a subtle seduction of crisp cotton and clean skin, and she wanted to find the places on his body where that scent became earthier, richer, and nuzzle into them.

She inhaled deeply and regretted it when the clamps pinching her nipples gave her away, the small bells hanging from them chiming, a cool sound, like water over rocks. The echoes were drowned in her moan when Connor sighed and pulled again at the slender chains linked to the clamps. The end of each chain was held in his hand, warmed by his palm as she’d discovered when he’d needed both hands to refill his pen. He’d coiled the chains and pushed them inside her mouth to hold, the irregular bumps pressing into her tongue and palate. The taste of the metal had lingered after he’d taken the chains out and she’d licked at her lips, trying to take the metallic tang away.

He wrote in navy ink, always, with a fountain pen worn shiny where his fingers gripped it. The sound of the nib travelling over the paper was like a language she didn’t speak but could guess at in places. It didn’t matter. She’d be given the pages to read and she’d see for herself where he’d changed his mind and scratched out a sentence with an impatient click of his tongue and be able to guess at why he’d done it.

Connor leant over, his leather chair creaking, and let go of the chains. Helen felt them strike her thighs softly, the chains swaying with her quick, caught breath. Small though it was, the additional weight increased the pain in her tender, tortured nipples. The clamps weren’t overly tight because Connor had known that she’d be wearing them for a while, but they’d been on for almost too long to bear.

Connor capped the pen and put it down, two distinctly different clicks. Helen hadn’t reached the state where she was floating, anchored by her awareness of Connor and a quiet exultation in the perfection of her submission. Not today. Not for a long time, really, though that was a passing thought, no more than that.

“You fidgeted a good deal,” Connor said and unfastened the blindfold as he spoke. Helen closed her eyes when it fell away and opened them slowly, blinking in the muted light of the study. “How many times did you move?”

Being wrong was allowed but trying to pass off a guess as a certainty wasn’t. Helen tried to add them up, all those flashes of pain, jolting her body like a slap, but her thoughts had been too scattered.

“I lost count at seven,” she admitted.

“Oh, dear,” Connor said, his lips quirking in a sympathetic smile that was entirely false. “Let’s see if your ability to do basic math has returned. You moved nine times, so how many strokes will you get?”

Losing count doubled the strokes and tonight Connor wouldn’t hold back. Helen felt a familiar tightening between her legs, a throb of anticipation, sweetly powerful. “Eighteen.”

“Then we’d better see to them, hadn’t we?” He ran his fingertips over her cheek and down to her left breast, cupping it and jiggling it, drawing a gasp from her. “We don’t have much time.” 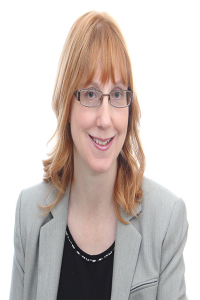 Jane Davitt is English, and has been living in Canada with her husband, two children, and two cats, since 1997. Writing and reading are her main occupations but if she ever had any spare time she might spend it gardening, walking, or doing cross stitch.

Jane has been writing since 2005 and wishes she'd started earlier. She is a huge fan of SF, fantasy, erotica, and mystery novels and has a tendency to get addicted to TV shows that get cancelled all too soon.

She owns over 4,000 books, rarely gives any away, but is happy to loan them, and is of the firm opinion that there is no such thing as 'too many books'.

Share what you thought about Fresh Start and earn reward points.