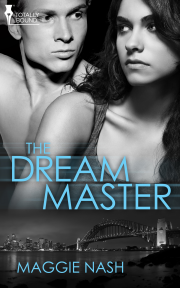 Working undercover and pretending to be lovers with his long-time work partner should have been a piece of cake—except good ole 'Hels' wasn't the person Dimitri thought she was.

Police detective Helena Peters has been secretly in love with her partners for years. It doesn't help that he never looks at her as anything other than his work partner. What would he do if he discovered what she was really thinking?

His classic Greek looks were responsible for Dimitri Michaels' arrogant success with women, so going undercover and pretending to be lovers with Helena should be a piece of cake, but she isn't the person he thought she was.

Why was the only girl in his dreams now the only one who'd been right under his nose for years? More to the point, can he keep her safe long enough to convince her what he feels for her isn't an act?

Reader Advisory: This book is a re-release of a previously published book under a different title. It has been revised and updated for this release by Totally Bound Publishing.

The girl was naked.

The bed where she lay was swathed in red satin. White tulle suspended from the ceiling hung loosely around the edges of the bed, teasing her long, tanned legs. The heady scent of sandalwood pervaded the room where the only light source was a dozen lighted candles grouped together on the window ledge.

Ravel’s Bolero played softly in the background while the telltale sounds of a woman’s pleasure came fast and furious from her open mouth. She writhed and slithered on the sensuous material and her legs parted.

A man approached the bed, only his back visible. His pale blond hair flowed just a shade past the wide shoulders of his flowing white robes. His hypnotic voice spoke to her and she opened her eyes. Turning her head towards him, she smiled. Her dreamy eyes watched him draw near, her arms lifted in welcome as he sat on the edge of the bed. His hands covered hers and he pushed them back behind her head. Her sigh of protest which quickly became a guttural groan when his mouth descended on one aroused nipple, suckling and biting. While his mouth feasted, he trailed a hand down her body to stroke her engorged labia, moving slowly back and forth as her arousal eased the way for his long fingers. She arched her back, urging him to delve farther, deeper.

He lifted his head and moved his glistening fingers to her mouth, urging her to taste herself. She clamped her free hand around his wrist and sucked his index finger deeply into her mouth. He threw his head back and closed his eyes, savouring the sensation.

The girl grew bolder, swirling her pink tongue up and down the length of his fingers one by one. He held on to her head with his other hand, forcing her closer as if it was his cock she was servicing and not his hand.

In a sudden movement, he let go of her and she fell back against the mattress. He flipped her over onto her stomach, lifting her hips to expose her body to him. With a flick of his wrists, his robes opened and he entered her. The girl cried out as his hands gripped her hips, although it was difficult to tell if from pleasure or pain. Maybe both.

Oh shit. Helena Peters drew back farther into her hiding place behind the heavy drapes, fearful her laboured breathing and the loud thud of her heart would betray her presence. Well, she’d certainly gotten more than she’d bargained for. This assignment became more complicated all the time. She never figured she’d be required to become a voyeur when she accepted this gig. What started as an investigation into a cult leader’s financial dealings was getting more and more curious all the time. It appeared he was using sex to control his subjects. The methods he used to convince them to submit to him she had yet to find out.

Intelligent, professional women were not only giving him control of their money, but of their bodies as well. He certainly was no prize, although some women may find his Nordic looks attractive. He congratulated himself, he was on a good wicket here.

It made her sick to her stomach.

She wished they’d hurry up and finish. Despite her objections to his methods of seduction, no one would ever be totally unaffected by watching a couple having sex. Hot, amazing, multiple-orgasm type of sex from the look and sound of it. Damn, it was uncomfortable listening to that. Sweat trickled down her neck and between her breasts, alerting her to the fact she was no saint. Thank God Dimitri wasn’t with her. Group voyeur sessions with the man of her dreams would not be a good thing. The fact he didn’t even think of her as anything other than a mate made that thought even more painful. Don’t even go there, girl!

I found this a very unique plot. It had mystery and intrigue and was a refreshing read from the everyday hero meets heroine and falls in love" type plot...If you're looking for something slightly different...

Share what you thought about The Dream Master and earn reward points.