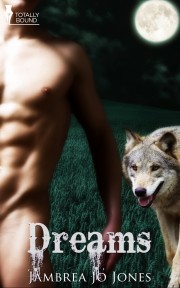 Book 1 in the Seeds of Dawn series

Reader Advisory: This story has been previously released as part of the Over the Moon anthology by Total-E-Bound

David Sanders sat in the diner in the podunk town of Robinsville, ready to give up. His alpha had sent him to this rat hole of a town to find Anabella Pouge and bring her back to the pack. When Russell Masters gave an order, you followed it or risked the consequences.

Finding Anabella was like searching for a needle in a haystack. No one in town knew anything about her, and when he showed her picture, he caught a vague sense of recognition but nothing firm. He didn’t know if his being a stranger factored into their response and if the town was circling the wagons to protect their own, or if they really didn’t know anything about the woman.

David had been in town three days, and he knew he would have to call Russ this morning to inform him of his failure. He’d never let his alpha down before, and being the bearer of bad news left a bad taste in his mouth. Hopefully, Russ would tell him to come home, but David feared that would not be the case.

He couldn’t stay in the town much longer. The urge to change to his wolf form rolled over him constantly, but David didn’t want to risk transforming in this unfamiliar place. Frustration at his failure made the urge stronger, and each day he struggled more with the wolf within.

Where the hell could she be?

David waved the waitress over for a cup a coffee. He pulled his phone from his pocket to call Russ, then he caught a scent in the air—a new fragrance, fresh and musky all at once. It smelled like home and set off a hunger he’d never felt before. He turned, trying to locate the source of the essence.

Then he spotted her, and his body went on high alert.

The woman made his heart stop. Beautiful didn’t even begin to describe her. The goddess—all curvy and lush—caused his libido to go haywire, making his cock swell and throb. Usually lust didn’t hit him this hard or fast. It had to be the heavenly aroma coming from the woman. She looked to be close to six feet with long, flowing red hair. He wanted to tangle his hands in it and pull her to him for a kiss. He tried to shake it off, but the urge became stronger, almost like a spell compelling him to go to her.

When she turned around, their eyes locked. He could easily drown in their liquid, green depths. She blinked, and the spell shattered until her tongue darted out to lick her luscious, red lips. He felt his cock swell even more.

Her face turned a beautiful shade of rose. David wondered if she could see the tent his dick created in his pants from looking at her. He got up from his table and took a step forward then hesitated when he noticed her backing away. She slipped out of the diner, but David’s eyes never left her.

I loved this novella...You will find yourself totally engrossed in this story. The passion between these two characters definitely rates a 10 on my libido scale. A truly great book and great beginning...

I'll be watching for the second book in this series to see what happens next. Dreams is a lovely story that combines passion along with life threatening danger that will keep you wondering what...

Share what you thought about Dreams and earn reward points.