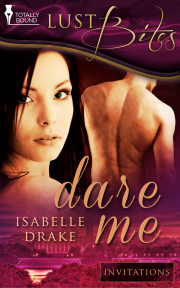 Book 2 in the Invitations series

Last Friday night, the only thing on my mind was a spur-of-the-moment screw. Preferably with some random stud who wasn't going to want my number afterwards. I'd had quite an intensely stressful week-endless appointments and demanding clients-so I desperately needed to blow off some steam. But I had to do a favour for a friend-be his date at a black-tie campaign fundraiser-so I knew getting what I wanted from the evening was going to be a bit of a challenge. Lucky for me, I like things done the hard way. The harder, the better, in fact.

Anyway, there I was on a Friday night in the private ballroom of the Willford Hotel, doing the favour. Champagne on silver trays swirled around us, and each of the wait staff carrying the sparkling wine was as well-dressed and beautiful as the guests. And the guests were gorgeous, I can tell you. Like they were dressed for a Vanity Fair photo shoot. Anyway, my friend-we'll call him Henry-needed a date because, the week before, some website had listed him as the Most Eligible Bachelor of the month. He knew if he'd come alone he would've had to spend the whole time fighting off gold-digging girls and students looking for internships while he was trying to talk to all the right politicians. Yes, he's one of those people, the kind who are schmoozing their way to the top. But he's also my friend. So what else could I have done except slip into a snug black dress, slide into my sexiest fuck-me pumps and curl my hair?

So off I went to the hottest event of the month with the hottest man of the month. I did my thing, clinging to him for at least an hour while he pretended to be totally in lust with me, looking down my dress and rubbing my ass with his big hands. Once we were sure that everyone in the place was convinced we were a couple, I left him to do his thing while I wandered off to see what kind of trouble I could stir up. Because, of course, I hadn't given up on the idea of some naughty fun. The trick for making the most of these events filled with politicians and social climbers is not to stand in one place for too long. That's just a piece of advice for you, should you need it.

Here's another tip-the first step to dealing with these stuffy parties is finding someone who appears as bored as you feel. Preferably someone who looks like they know how to have a really good time in a hurry. I found my someone outside, on an out-of-the-way balcony facing the hotel's back garden. Totally yummy and, judging by the way he kept looking hopefully at his phone then dropping it back into his pocket, he was ready for a quick, hard, no-strings-attached distraction. In short, he looked wonderfully 'fuck and forgettable'.

Kitty took a sip of her latte and brushed some crumbs off the front of her rumpled T-shirt. The Capitol Hill café wasn’t as insanely busy as usual, so there were few men to choose from. The row of tourists who’d probably heard that that particular coffee shop was the place to spot politicians was lined at the counter, but she always made a habit of not using anyone who looked like they were from out of town. The man across from her had a shaved head, but the guy in a post she’d done a week or so ago had had a shaved head, so a shaved head was out. She used the camera function on her phone to check out the guys behind her. One sturdy-looking strawberry blond and a military type with stubble across his jaw line. She hadn’t done a ginger in a while, and that scruffy stubble was hot. Problem solved, she went back to her keyboard.

Kitty has had an experience of her life and is afraid that when she tells Damian the truth he will walk out of her life but she cannot live the lie with him, this has all been so special and so is he....

Dare Me by Isabelle Drake is a short read that will leave you panting and wanting more. Damian & Kitty are hot alone, but put them together and they are explosive!

Share what you thought about Dare Me and earn reward points.