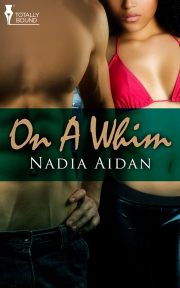 This book is a sequel to On a Dare

Can friends with benefits ever be anything more? Chad and Maia are about to find out.

Chad Buchanan has been in love with Maia Lee, almost from the day he met her fifteen years ago—and it has taken just that long to realise Maia will never love him back. Chad is finally ready to settle down and have a family, but he knows Maia will never be able to give him what he wants, what he needs. So he calls an end to their on again—off again affair and walks away from the woman he knows he will love forever.

But maybe he was just a little too hasty. Because when he overhears Maia, and discovers her secret longing, he sees a way to finally have everything he's ever wanted.

Maia wants a baby, she'd considered having one with Chad, but she never asked, and now he wonders just what will she do if he comes to her with an offer she just can't refuse.

Can friends with benefits ever be anything more? Chad and Maia are about to find out.

Maia Lee hated weddings. Absolutely could not stand them. But you cannot tell your best friend how much you hate weddings, not when she is about to marry the love of her life. You certainly can’t admit your utter loathing for the event when she gushes over how wonderful you will look in your maid of honour dress. No, unless you want to wake up one day sans a best friend, you keep it to yourself that you despise weddings and you become a super-duper maid of honour—the best maid of honour this world has ever seen—and do everything you’re asked to do, and even some stuff you aren’t.

But Maia was reaching the end of her rope. The happy couple had said “I do,” the reception was in full swing, and she’d already given her toast. So was it really necessary for her to be thrust in the front of the crush of vapid groupies all straining to catch the bride’s bouquet?

“You ready?” Lena called, holding the spray of roses so high and so proudly, she could put the Statue of Liberty out of business by midnight.

Maia groaned. She wanted a drink. Something stronger than the flutes of champagne going around. Maybe she would steal a bottle of Jack when the bartender wasn’t looking. Or maybe she should grab some vodka instead—wouldn’t want to mix her colours. Of course, there was alw...

Maia glared at the blonde Amazon beside her, who was seriously asking for it when she jostled her and nearly planted her size ten stilettos in Maia’s big toe. What was her problem?—Maia glanced up, following the blonde Amazon’s dreamy gaze.

The bouquet had launched.

Good. Now she could get out of there. Hey, she’d done her duty. She’d waited until Lena threw the bouquet. No one said she had to stick around to catch it.

But shit—she was boxed in by Miss Amazon herself and a brunette sprite of a woman who was stronger than she looked. Maia glanced between the two of them, deciding which one she wanted to take. The Amazon was clearly bigger, but the half pint on her left looked obsessed with catching that damned bouquet, if her intense rheumy gaze fixated on a bunch of flowers was any indication. The sprite would probably launch a vicious attack if Maia pushed that psycho out the way.

Later, Maia would tell all the witnesses that she only planned to delicately move the Amazon who was blocking her path with just a teeny, tiny little push, then, through no fault of her own, all hell broke loose! Somehow the woman went teeter tottering, forcing Maia to grab her arm to steady her. But she missed. Thank God the woman on the Amazon’s other side caught her, or Maia would have had a lawsuit on her hands. But speaking of on her hands. That damned bouquet. Yeah, you guessed it.

When she went to grab for the Amazon’s arm, instead of grasping dead air, all those frilly pink roses wrapped in frilly white ribbons fell neatly into her palm just as she was closing her fist.

Damn it. She really hated weddings.

Chad Buchanan grinned down into Maia’s café au lait face, loving how her eyes flashed with annoyance, and her cheeks blushed a pretty shade somewhere between a dusky rose and a deep crimson.

He laughed when she violently beat the bouquet against his chest, sending dozens of pink petals flying.

“Don’t start with me, Chad. This isn’t funny. You know how much I hate weddings.”

Did he ever. He quirked a brow. Maia was like some kind of new feminist he’d never met before. One day he planned to ask her, when had weddings become public enemy number one?

This story is steamy and hot from the word, “go” and carries its weight in emotional angst...The best part of this story is how effective the author is in conveying the intensity between her cha...

Share what you thought about On a Whim and earn reward points.