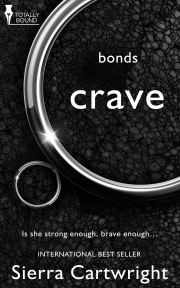 Share what you thought about Crave PRINT and earn reward points.

Three words I would use to describe myself:

• Adventurous. Actually, that's rather new for me! I've always wanted to live near the water. Every year, I spent a day or two in Galveston, Texas. Last year, I came down for a writing retreat. And I never went home! I found a cute little rental, signed a lease, and changed my life completely. It's the first time I've lived away from my friends and family!