Book 9 in the Coven of Desire series

Even witches need a vacation.

Everything that could go wrong in Layla’s life has. There’s a murderous werewolf cult, Mr. White plotting to destroy the world, and worst of all—her mother. Her boys aren’t doing much better. The demon’s questioning his place in Layla’s life. The ghost is growing stronger and losing himself in the process. The werewolf is fighting against the newest addition no matter how hard he tries to make nice. They deserve a break to a private cabin on a lake.

Okay, so they’ll have to put in some labor to help bring the resort up to snuff for the summer season, but a free vacation is still an escape. There’s still nights laying under the stars on Cal’s chest, licking s’mores off Ink’s abs by a bonfire, being serenaded by Daniel on a boat ride, and snuggling beneath Garavel’s wings. Evil, however, doesn’t take a break.

All the past demons come home to roost as the coven face not only what they were running from but a lake monster who may not be so mythical after all. In this steamy and heart-racing entry to Coven of Desire, Layla fights to protect her men from the demons both outside and in.

Reader advisory: This book contains scenes of violence and death. There is mention of past abuse and of kidnapping. 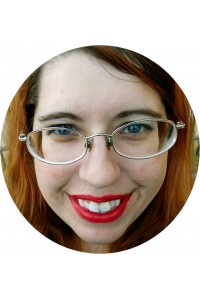 Share what you thought about Scales and earn reward points.