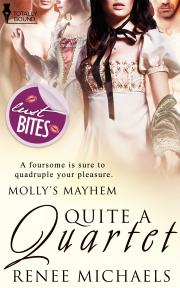 Several sensual interludes from voyeurism to menagé with two couples brings a unique and fun twist to a historical romp from the perspective of a servant.  Quick reading, spicy and clever, this hi...