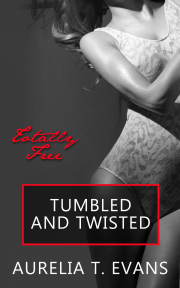 Furious at being discarded for another woman, Arcanium contortionist Valorie storms out of her own home and into the waiting arms of the circus tumbler and water demon, Lennon. He's more than willing to show her what a fool the other man is.

Publisher's Note: This short story involves characters from the Arcanium series, and is best read after book one, Fortune. This takes place after chapter seven but can be read independently.

Share what you thought about Tumbled and Twisted and earn reward points.