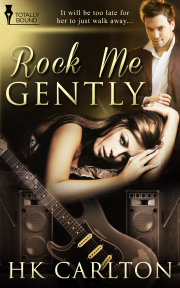 Jase West has it all. Millions of adoring fans, money, women, cars and the talent that affords him the extravagant lifestyle he enjoys. But in reality, his life has become nothing more than a non-stop hazy binge of coke-fuelled sets, bright lights and endless travel. At one time, creating the music was the most important thing. Somewhere along the way he’s lost the heart for it and himself in the process.

After fulfilling his contractual obligations, Jase quits the music business and goes back to school, re-emerging as Jason Westlake, history teacher.

During Jason’s first set of parent/teacher interviews, he meets burned once, twice shy Lainey Clarkson, the single mother of one of his students, and he’s immediately drawn to her. The country music lovin' mama has no idea who Jase West is and Jason wants to keep it that way. But secrets always have a way of coming out and building a new relationship on them is nothing but a heartbreak song in the making.

Jason Westlake waited for his last parent-teacher interview of the day. Not bad for his first round of conferences as a teacher. He looked around his classroom in awe. What a different direction his life had taken in the last few years.

Six years ago he had been living the rock star lifestyle. On the road, a different girl every night, if he’d so chosen. Drugs, booze, anything for the taking. No one to say no to him. He could do, say, have, anything he wanted. Sounded like a dream for any guy. And it had been a complete blast for a while. Then one day he had looked in the mirror and he hadn’t even recognised himself. All his friends had gone, either dead, in prison or in rehab. He couldn’t do it anymore. He was tired. His body just couldn’t take the constant abuse any longer. So he’d finished up the contractual obligations that he had to honour and then he’d quit. Cold turkey. Gone home to his parents’ house in Florida, dried out and hid out for a month until his father had demanded that he go and address the press who’d been camped outside the whole time waiting for him to make some kind of formal statement or to snap just one picture of him that they could sell to the tabloids for millions.

He’d done a lot of soul searching in that month while enjoying his mom’s home cooking and the way she had doted on him and supported him even when she thought he was being a dick. And he knew that he had been. But she had always been on his side. He knew she was proud of him but he also knew that she could be prouder. So, he’d thrown on a ripped T-shirt and gone outside, with his overlong hair and sunglasses, and announced to the world that he was finished with the music business and going back to school to be a teacher. It wasn’t what he’d intended to say, he hadn’t even consciously thought it until it was out of his mouth. He’d once toyed with the idea of being an educator. Once. In, like, fifth grade when he had a teacher that actually took him seriously and treated him like a human being instead of some dumb kid. He even felt comfortable enough to share that he wanted to play guitar and maybe even sing when he grew up.

Mr Dempster. Jason still remembered his name. The one person besides his mom who had taken the time to listen and tell him he was good. And come on, how could he trust that his mom was telling the truth when she always made it seem like he was the best at everything? Mr D reassured Jason that he could be anything he set his mind to and doing something you loved was always the best route.

That kind of lasting impression was exactly what Jason hoped to inspire in his own students.

Then, at fifteen, Jase and some buddies had put a band together. The girls had gone wild when they found out he was in a band. From that moment on he’d eaten, slept and breathed music. Against all odds, they’d actually made it.

Band members came and went. By the end, he had been the only founding member of the original five, and even then he’d thrown in the towel. Living the dream had its ups, but its downs could be killer. He’d seen it more times than he’d care to admit and realised he didn’t want to die that way, without having lived. That kind of existence wasn’t living in the real world. It was deceptive. It was all an illusion. He’d walked out that day to make a statement to the press as Jase West and he’d walked back into his parents’ house, the same way he’d been born into it, as Jason Westlake.

“Excuse me? Oh, I’m sorry, I must have the wrong room.” A lovely brunette, in a floral print dress, ducked into his classroom, bringing him out of his reverie. She glanced down at the sheet of paper in her hand.

“What room were you looking for?” he asked, smiling as he approached her, fully intending to point the pretty lady in the right direction.

“I was looking for the history department and a Mr Westlake?”

He grinned widely. “You found him.” He was pleasantly surprised that she didn’t already know who he was. There had been some press. It had died down considerably but it’d still made the local papers that the one-time rock star had settled down in a suburb near his parents to teach. The principal had warned him the day he hired him that if he created any negative media that threatened the school’s good name and reputation in any way, that he would have no problem firing Jason on the spot. He was forewarned and understood completely. The tabloids could be relentless and entirely false.

She was flustered and he was delighted by her reaction. It had been a while since he’d had quite that effect on a woman who looked like Jill’s mom. It felt good. A guy didn’t attract as many screaming girls when his daily uniform was a three-piece suit and not a guitar and a cigarette. He would never have guessed that this was Jill’s mom.

Jill was the quintessential all-American, girl-next-door-looking kid. Blonde hair and blue eyes. Whereas her mother had rich-looking, long, thick, wavy dark hair that he’d love to get his hands tangled in, and dramatic green eyes.

“You were expecting someone older I suspect. I know they call me Old Man Westlake. But they only do it ‘cause they know I’m just a little bit vain and it bugs me. It just makes them do it all the more,” he confided. “You must be Jillian’s mom.” He offered his hand. She placed her smaller one in his. A current of electricity shot through him. Now he was flustered. His smile slipped a little as she continued to stare up at him. He felt a small tremor run through her or maybe it was him. “Mrs Markham.”

Taking a step backward, she removed her hand from his grasp and her mouth tightened. Body Language 101—he’d just said something wrong.

“Oh, I’m sorry.” He wanted to smack his own forehead. Jill’s parents were getting divorced—he knew that. Jill had been having a difficult time with the situation. He’d overheard her talking to her friends about it. Only recently had she begun to open up and smile again. “I knew that. I apologise again, Ms Clarkson. I should have been more prepared.” God, she had him floundering.

Share what you thought about Rock Me Gently PRINT and earn reward points.