Totally Bound talks to Cerise deLand about her Special Editions.

You have revisited and expanded your Swords of Passion series! Why did you want to return to these books in particular?

I am enamoured by what bits of history our teachers had to skip over. The parts of the reign of King John of England that intrigue me are the many reasons this sovereign was forced by his barons to sign that extraordinary document, the Magna Carta. Most of those reasons had to do with the rights of women. Yes.

Few, except medieval scholars of English constitutional rights, even talk about this. But I wanted to show how John’s abuse of widows’ and young women’s rights angered the barons so radically that they rebelled.  In what ways did John rile these men?  Aside from his constant demands for money to please himself and to fight his territorial wars in France, he forced many women, even widows to marry whom he pleased. If this was an attempt to gain allies to his causes or to punish others, he demanded women marry certain of his nobles. His barons thought this an abuse of their own rights to decide who their daughters should marry. In the instances wherein he demanded that widows marry whom he chose, he contested the rights of those dowagers to control what was rightfully theirs.

We today think that the fight for women’s rights is so recent. But it was a contributing factor in the signing of the Magna Carta eight hundred years ago.

Give us an insight into what additions we can expect to see this time round.

With the lengthened versions, I’ve expanded on the characters of the first three heroes and their lady loves. I’ve also added more color of the period to illustrate the conflicts between the knights who served King Richard together in the Holy Land. 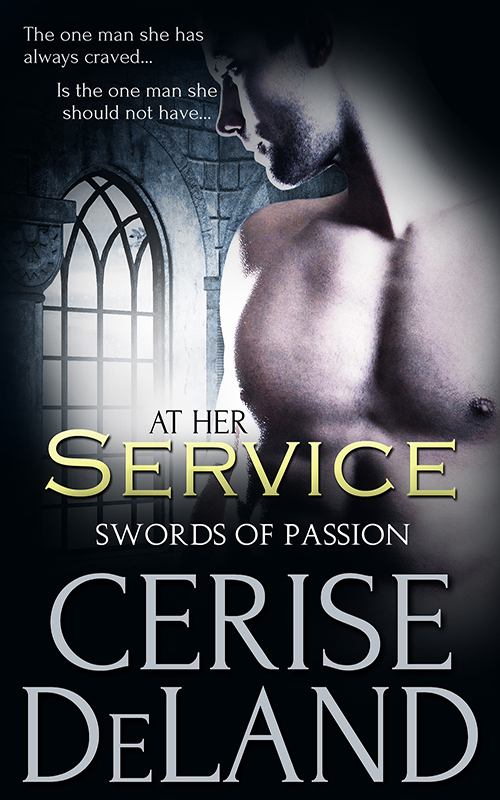 This is your earliest series with Totally Bound, does it have special significance to you?

This series is very dear to me because the medieval period seems so fraught with challenges of body and spirit that it’s difficult for a modern person to absorb them all! As many readers of my blog have learned (http://cerisedeland.blogspot.com ) I am a dedicated traveler. I love to “bring back” not only pictures and true tales of valor but also to use much of what I learn in my fiction.

I have been to the Holy Land many times and spent many months traveling there. I have been to Joppa (or Jaffa as some call it) and stood upon the ramparts where Simon de la Poer bought the jewels from the caravaner.  I have walked many times inside the Old City of Jerusalem and put my hands to the hollows carved in the stone walls where King Richard’s men suffered and died. I have walked inside the remains of Caesaria and the palace of King Herod where the water does flow fresh to this day. I wanted to share those experiences, those thrills of standing where others have stood and fought and hungered and died.

What do you prefer writing, series or standalones?

Writing a series is a HUGE challenge, requiring foresight of characters and plotting that means I create charts and graphs and even draw pictures for myself! I know readers love to see the same characters happy at last and so a series appeals to my own reader heart!

What would be your best piece of advice for aspiring Totally Bound authors?

I like to impress new writers with a few truths I’ve learned:

Writing is not easy, but it does LOOK like it is. It is supposed to…for the reader. Not you. Make writing a habit. Every day, same place, same time until the work flows and you feel guilty NOT writing. You cannot edit a blank page. And write the story as you see it, feel it, need it to be. Only you have your insight into a character’s conflict—and only you have the best way to express that. You are a writer because you say you are.

I continue the Swords of Passion series and then I begin a series I am very thrilled to write about American heiresses who married British noblemen in the Victorian era. For Love or Money is a project I’ve got outlined with a few surprising characters. A sculptor, a poet and yes, a duke.

Want to be the first to read these new, expanded versions?