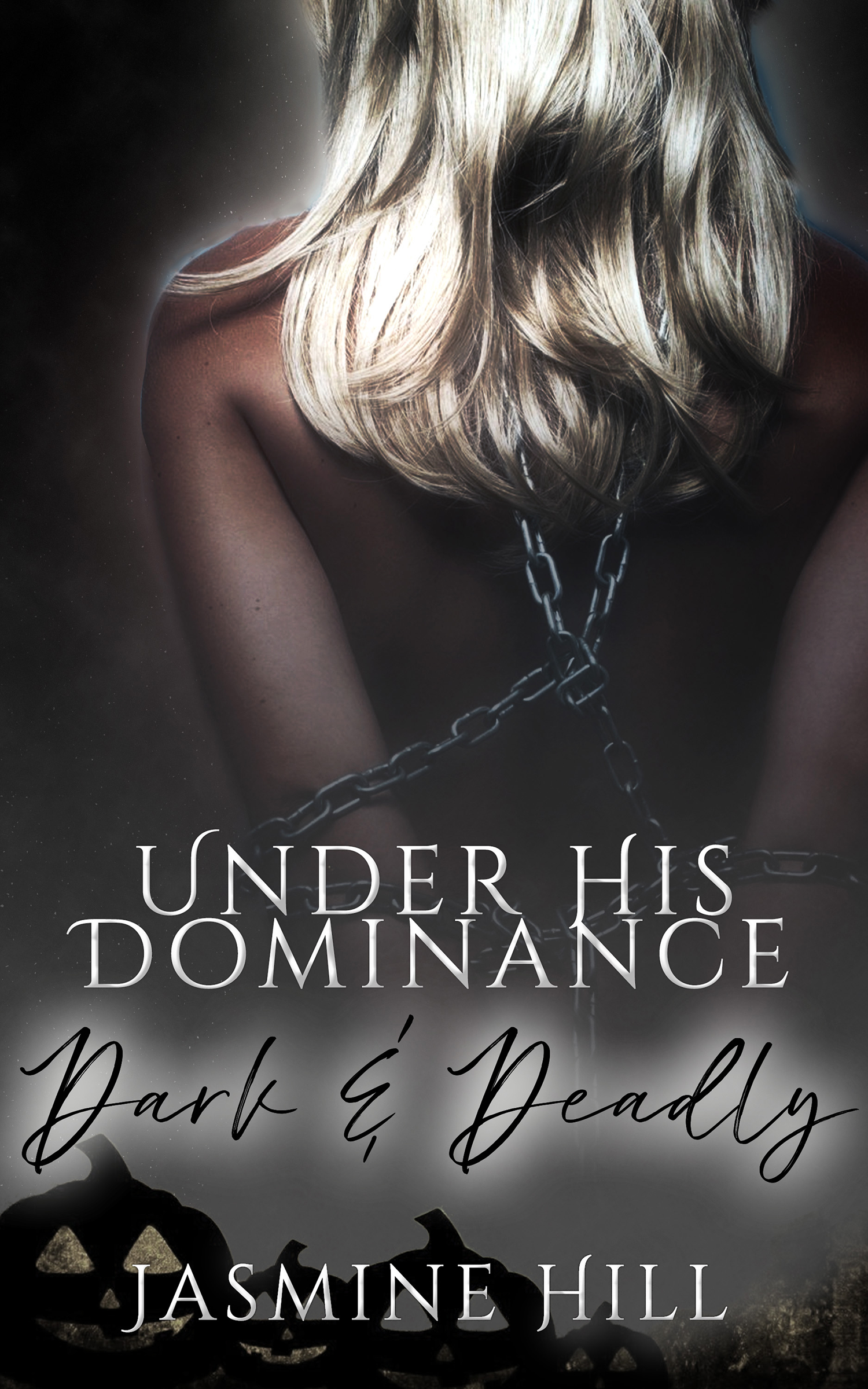 Can he keep her forever, under his dominance?

Asmodeus is the Archdemon of lust. Ever since he became a fallen angel, he’s been walking the earth, inciting and encouraging lust and lechery amongst mankind. In his guise of Barrett Lord, he rules over an empire of clubs that cater to the lustful urges and fetishes of humans.

Arianell is special and Asmodeus wants to keep her, but to do so, he’ll have to risk everything. Will she agree to his plans? Or will he lose her forever?

Arianell threw Courtney a look of exasperation. Her roommate’s pleas were finally wearing her down.

“Please come and just check the house out,” Courtney implored. “Then you can decide if you want to come with me to the Halloween party.”

Ari sighed. Courtney had been pleading with her for the better part of an hour, coaxing her with all sorts of perceived temptations in order for her to acquiesce.

“I’ve volunteered to check the liquor supply. You can come with me, then you’ll see what effort Mr. Lord goes to every year and how much fun the party will be. You know, invitations to his Halloween celebration are coveted by everyone who is anyone in Sydney. I’m lucky that he always invites his employees.” Courtney gave her a serious look. “Besides, Ari, you need to get out. You keep yourself cooped up at home all the time.”

It’s okay for Courtney, Ari thought with a mild sense of disgruntlement. She was confident and beautiful, and people didn’t stare at her like they did at Ari. Her albinism had always singled her out as different. Her pale skin, silver-white hair and violet eyes were striking in a way that Ari hated. People would stop her in the street. Complete strangers would grasp her arm and ask her if she wore contacts to make her eyes that color. Ari would always mumble that it was a refraction of the light that gave her irises the purplish hue, but she had to admit that she’d never seen them any other color. It was only the intensity that seemed to vary. Her hair was the other thing that people commented on, asking her if it was naturally a pale silver-white color or what hairstylist she used.

Her shy and retiring nature didn’t allow her to brush off the gawking stares of strangers. She was just left feeling awkward and exposed. And her time at school hadn’t helped build her confidence. Being called ‘ghost girl’ for most of her formative years had made her more self-conscious of her condition. It didn’t matter that her mother and Courtney constantly told her how beautiful and unique she looked. Or that her mother claimed it was envy that made the girls at school call her names. She didn’t want to be different or exotic. She’d much prefer to blend into the background.

Her editing and freelance writing jobs meant she worked largely from home. It also meant that often, the only person she came into contact with for weeks on end was her roommate. Ari knew Courtney was right. She had to get out more or be in danger of turning into an agoraphobic hermit. Besides, Halloween was the one day of the year where she didn’t feel like she was different. In a Halloween costume, she looked just like everyone else.

“I’ll come and help,” she finally conceded. “Then I’ll decide about attending the party.”

Courtney jumped up and threw her arms around Ari’s neck. “We’ll leave tomorrow around lunch. I’m not working the afternoon shift because we’ll be at Mr. Lord’s house.”

“Hasn’t he hired a company to do all of this?”

“For the most part. I’m just checking a few things. And I get out of working a shift and still get paid.”

Ari laughed. It was just like Courtney to find a way to insert herself into the running of things. Ari didn’t know much about Barrett Lord other than that he owned dozens of clubs around the world, some of which catered to various fetishes, and that he was obscenely wealthy. Also, she got the impression that the man intimidated Courtney, which made him all the more intriguing. Any man who could strike awe into her brave and confident friend was interesting, to say the least. Intrigue aside, she found herself hoping she didn’t get to meet the man in question. If he was capable of daunting Courtney, he’d be downright terrifying to Ari herself.

Ari looked up at Barrett Lord’s house. It was an imposing structure, all sleek lines and modern architecture. And many windows, large floor-to-ceiling panes of glass that looked out over the vast expanse of the Pacific Ocean. Wide, black marble steps led up to large doors that opened onto an impressive foyer. People scurried in and out of the entryway carrying an assortment of equipment and boxes. Not for the first time, Ari wondered what exactly she and Courtney were doing there. The party planner seemed to have everything under control, and she couldn’t help feeling that their presence would be more of a hindrance than help. She fidgeted uncomfortably, feeling unnecessary and out of place.

Courtney grasped her hand and tugged her up the steps and into the cool confines of the lofty entryway. Already, the Halloween theme had started to emerge. People were filling black and orange balloons with helium while some perched on high ladders to hang ropes of tiny pumpkin garlands.

Courtney urged her further inside the house until they found themselves in a large living area. The aquamarine of the ocean was the first thing she noticed through a wall constructed entirely of glass. The magnificent blue of the clear Pacific was almost blinding as the late spring sunshine sparkled brightly off the water. It was a beautiful spot, one of Sydney’s prime locations on South Head.

Ari gazed around the living area. Staff were hanging more Halloween decorations and a florist was arranging black and orange foliage in crystal vases. On the expansive balcony that wrapped around the outside of the house, men were setting up instruments and speakers.

“I’m not sure what there is for us to do,” Ari murmured. “Everything seems to be taken care of.”

Courtney held up a clip board, a list of items scribbled on the top page. “The boss wants me to check on a few things.”

Courtney nodded. Josh was her manager at Club Khaos, where she worked as a bartender. “Firstly, we need to check Mr. Lord’s personal liquor supply and see what needs topping up.” She marched over to a long cabinet inset into the wall. “You tell me what’s in there and how many and I’ll make a list.”

Ari crouched in front of the cabinet and proceeded to collect various bottles, lining up the first few so Courtney could see the labels. Perhaps she would attend Mr. Lord’s Halloween party. It certainly was going to be fun, if the impressive organization and decorations were anything to go by.

She removed more bottles from the cabinet and looked up at Courtney. “You know I don’t have a costume.”

Courtney waved a hand in the air. “Let me worry about our costumes. I have some ideas.”

Ari frowned. She’d been on the receiving end of Courtney’s ‘fashion ideas’ in the past and the results had been something she didn’t want to repeat.

Jasmine was born in Australia and grew up in Sydney. She currently lives in Madrid, Spain with her husband.

Jasmine loves writing and is always looking for new ideas for stories that will provoke inner passions, stimulate the senses and ignite the imagination.

Her interests include cooking, traveling, yoga and skiing.

Share what you thought about Under His Dominance and earn reward points.