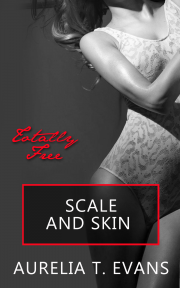 Arcanium's Lizard Man, Bale, is completely devoted to snake charmer and succubus Lady Sasha. But such devotion comes at a price.

Publisher's Note: This short story involves characters from the Arcanium series, and is best read after book three, Aerial.

Share what you thought about Scale and Skin and earn reward points.