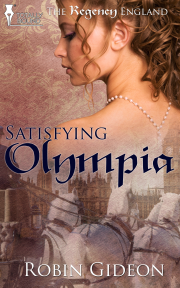 Book 1 in the The Regency England series

Can a young widow, long without the pleasures of a man, find true love…with two men?

Though still only twenty-one, Olympia Whyte has been a widow for nearly two years.

Just now returning to her social activities among London's haut monde, Olympia has an unplanned sexual encounter with a man whose face she never sees…setting off a series of events that leave her breathless and trembling in the arms of two men!

Colby Beldon, the Duke of Tasley, is a notorious rake whose sexual exploits are infamous in London. He's big and brawny, with no intentions of settling down. Until, that is, he meets Olympia...and Prince Leland Mallory. Colby's never been interested in men before, but when he's with Olympia and Leland, his life finally seems complete. For Olympia, the two men offer pleasure unlike any she’s ever known, but that pales in comparison to their blossoming love.

Is it possible for their ménage a trois relationship to thrive amongst the Ton? Or will society rip them apart?

“It’s good to see you socialising again,” Colby Beldon, the Duke of Tasley, said quietly, his green eyes alight with pleasure. “And it’s especially nice to see you smiling again. It’s been a while since I’ve seen you enjoying life.”

A faint blush coloured Olympia Whyte’s cheeks. The duke and several other guests had been subtly flirting with her since the dinner party had begun ninety minutes earlier, and as flattering as it was to receive so much masculine attention from some of London’s most charming men, Olympia was out of practice with the art of coquettery. Searching for a response that wouldn’t seem either insincerely modest or narcissistic, she finally replied neutrally, “Thank you, Your Grace. It’s kind of you to say so.”

“Please, it’s Colby.” His gaze met hers. “We’ve discussed that.”

“But you’re a betrothed man, and I could never be familiar with another woman’s fiancé.” Her tone was teasing. After a moment, she added, “Your Grace” with just a touch of impishness. Laughter in the room dispersed Olympia’s tension.

“It’s still Colby, and there isn’t a soul in the Ton who doesn’t know that my engagement was arranged years ago by my mother and Francesca’s father, that I had no choice in the matter, and that I will seldom, if ever, see my wife.” His gaze went slowly over Olympia. “Now if you were my wife, it would take an act of supreme willpower just to leave home for the office each day.” The duke was something of an oddity in the Ton in that he actually worked for his money, and didn’t hide the fact that he took pleasure in his labours. His voice dipped low as he added, “Rest assured, if I had you waiting for me, I would be home every night.”

The timbre of his voice touched Olympia invisibly, and in ways she hadn’t anticipated. She looked at the man seated next to her and reminded herself once again that he was one of the more notorious rakes in all of London, a man whose sexual exploits were infamous among the Ton. Even more significantly, he was engaged to be married to Francesca LeMorneau, one of the Ton’s most beautiful debutantes. Though Olympia was getting back into society after her period of mourning for the death of her husband, men like the notorious Duke of Tasley were undoubtedly tempting.

“My good Lord, your statements are flattering, but I know for a fact that you are far too promiscuous for a woman of my sensibility to give serious consideration.” She grinned to soften her words. “However, it does my heart a world of good to be the temporary recipient of that charm.”

Though Olympia was only twenty-one, cruel fates had already made her a widow. It had been fourteen months since her husband, a lieutenant in the British Navy, had been accidentally killed when a cannon discharged prematurely as he led soldiers into battle against Napoleon’s troops.

Nigel Sanders, Olympia’s older brother, gave Colby a smile and said, “Save your breath. My sister’s on to you, my friend. She’s too intelligent to have anything to do with you.”

“But what about me?” chimed in Prince Leland Mallory, seated beside Nigel. He had been just one of many men casting the young widow a flirtatious eye. “Is she too intelligent for me, or do I make the grade?”

“Sorry, my friend, but I’m afraid you come up short of the mandatory requirements. My sister prefers the road less travelled, and as much of London and many other cities can testify, you definitely are not that.” He turned his gaze towards Olympia, smiling proudly. “For my sister, only the best will do. She doesn’t have to settle for anything less.”

Uncomfortable with the intense scrutiny and the conversation’s topic, heated embarrassment coloured her bosom, throat, and cheeks. “Nigel, when you talk like that you make it seem like I’m a prized brood mare up on the auction block. I am a twenty-one-year-old widow who is just getting out into society again. And as we all know, the duke is spoken for, and the prince is one of the most eligible bachelors in all of England. Eligible bachelors simply do not marry widows.”

Leland, a slender, handsome man with coal black hair curled over his carefully tied cravat and strangely piercing silver-blue eyes, flashed the smile that had seduced countless men and women across England and the Continent. “Who says they don’t?”

“My darling prince,” Olympia answered without hesitation, setting down her fork and adopting a professorial tone, “you have been my brother’s friend for many years, which means I, too, have known you for many years. It also means that I have witnessed—on more occasions that I can count or wish to remember—some of the most interesting people in all of London shamelessly throwing themselves at you. The young and the not-so-young, married and unmarried, have been less than demure in their desire for your...” She paused, searching for an acceptable word, ‘companionship’. She gave the word a distinctly libidinous inflection. “Since I am privy to the well-substantiated rumour that you never say ‘no’ to admirers, and since you are still a bachelor, the evidence suggests that you are not, as the saying goes, on the marriage market.”

“The lady’s logic is flawless!” Nigel exclaimed, clapping his friend playfully on the back.

Col. John Newton, the only military man at the dinner party, tapped his wine glass with a spoon to draw attention, then smiled warmly at Olympia. He had been her husband’s commanding officer. “They’re all wrong about you,” he said in the quiet, authoritative way of his profession. “The only man worthy of you is I. When your dear husband was killed, I was the one who you knew you could count on for support. And when your period of bereavement has passed, logic and reason dictate that there is only one man who should stand at your side, and I am that man.”

“No doubt you are accustomed to giving orders,” Prince Leland said to the colonel. “But you seem to have forgotten that we’re not under your command.”

Olympia, sensing the long-standing tension between the colonel and Leland, said quickly, “Though I think we all can admit that these dinner parties do sometimes resemble a battlefield.” 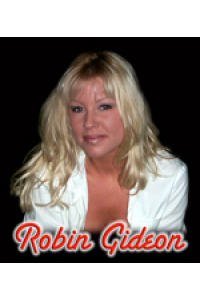 There were moments of laughter, anger and sexual frustrations throughout the book, and I won't give away the spoiler. But I will say read and enjoy.

Share what you thought about Satisfying Olympia and earn reward points.

Other books in the The Regency England seriesView Series Page