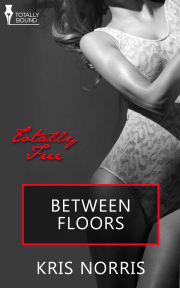 Special Agent Ethan Rutherford didn't want his relationship to Jessica Sinclair to be over. But it ended just the same. Now, six weeks later, he's about to confront the one woman he can't get his mind off.

District Attorney Jessica Sinclair didn't want to leave, but when Ethan revealed his feelings after a hard night on the job, she felt she had no choice. But a freak storm and an unexpected power outage change the rules of engagement, leaving them both vulnerable. Will the sudden shift in power bring them together, or tear them further apart?

Share what you thought about Between Floors and earn reward points.