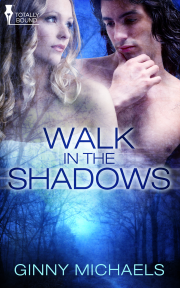 Walk in the Shadows

Finally after a hundred years in the dark, one vampire finds his way back to the light of his life.

After doing the bidding of the Consortium for nearly a hundred years, vampire Graham Butler can't believe he's been assigned to save the life of a human female.

Only, as he quickly finds out, Jessalyn Elwick is no ordinary human. Her blood contains special compounds that are beneficial to vampires, and her heart contains a love that spans a century and is just for him.

So you really want to know about me? Well, actually there's not much to tell. Am I a mom? Yes, to two beautiful kids. Am I married? Yes, to one very happy husband (at least he was the last time I checked.) How long have I been writing? A long time, only recently did I decide to get serious and put my imagination to work. I love everything romance. I'm also a firm believer that no one should be afraid to explore their forbidden desires, a belief my husband is happy I embrace.

Share what you thought about Walk in the Shadows and earn reward points.