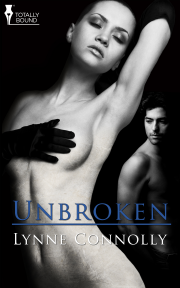 What is better—imperfect passion or perfect control?

Vashti was a world famous model before the car accident that left her scarred and broken. She looks on her job with sculptor Zoltan as a way to get back to her career.

But Zoltan wants her for the imperfections she wants to eliminate. Zoltan has international fame, but he's changing his style, from abstract to figurative, and what better place to start than with the beautiful Vashti?

Vashti finds hours of modelling in the nude, watched by an increasingly turned-on Zoltan almost unbearable. Until they give way to temptation. In a torrent of inescapable passion, they explore each other in every way, in bed, on the couch, in the shower and any other place the urge takes them.

When the contract is finished, Vashti will have the plastic surgery needed to restore her to perfect beauty. But Zoltan loves her imperfections and plans to celebrate them. Will Vashti go ahead with the surgery she dreads? Can Zoltan accept her whatever she is, whatever she does?

The strong male voice sounded too close to the curtain. “Are you okay in there?”

Vashti sat on the worn sofa in the changing room, shivering. She had never, ever felt this nervous about exposing her body before. Until a year ago, that was her job, something she’d done almost since she could remember, but now she had this dreadful hollow feeling in the pit of her stomach.

She knew why, and despite the hours and hours of therapy, she couldn’t suppress it. Try to think of your fear in terms of one to ten. Eleven, she was an eleven. No, hospitals were eleven.

She took a deep breath and sat bolt upright, drawing the silk robe around her like a princess receiving a subject. “I’m fine. I’ll be out in a moment.”

She’d heard that before from photographers, but not here, not now. She lifted her chin, as ready as she’d ever be, and concentrated on getting to her feet without wobbling. That had once been second nature to her. Now, not so much.

It didn’t help. But she’d known worse. Much worse.

She stepped out to face her irascible artist.

Zoltan glared at her, a frown marring his handsome face, his light eyes sparking fire. “It took nearly an hour for you to take your clothes off. It takes me five minutes.”

“You’ll have to show me sometime.” Her smile betrayed nothing of her inner turmoil. She knew, because she’d practised it in the mirror until she could do it in any circumstances—with jetlag confusing her, with flu raging through her, with starvation threatening to fell her. This time she only had nervousness to deal with, but it seemed worse than all the others.

He gave her a cursory glance and gestured across the studio. “Over there, please. I want to take some photos, get some idea of what I want.” He strode across to his easel and picked up a camera from behind it.

Zoltan’s studio had three walls of glass. Nothing overlooked it except the lush greenery of the park beyond. Very unusual in this built-up city, but London still had its oases. This was one. A very expensive one. But Zoltan could afford it. Riding high on public approval, even the critics loved him.

She still didn’t know why he’d chosen her for this project, but it would bring her back into the public eye. It might seal her career tight shut, but she couldn’t feel sorry about that.

She walked over to a typical artist’s couch, a chaise-lounge with mahogany legs and a scrolled back, partly covered with a dark blue velvet throw. A screen stood behind it, starkly white, no doubt performing the same function as a photographer’s umbrella. She smiled.

Having worked with artists before, or people who considered themselves artists, Vashti found his abruptness odd, but not unique. “The screen. I haven’t seen one in a while.”

“Is that when you had your accident?”

She gazed at him, meeting his hard stare, knowing he wasn’t looking at her as a person, but as a subject. That was why she’d chosen to take this job. To be a subject, not a person. “Yes.” And to get it over with, she answered the question everyone wanted to ask but rarely did. “I was coming back from a photo shoot when a car ploughed into mine. My mother was with me. She died, I didn’t.” She stared at him, dry-eyed.

...a beautifully touching story...I know that after reading this emotional and sweet love story, I will be looking for more stories along this same vein from Ms. Connolly.

Share what you thought about Unbroken and earn reward points.