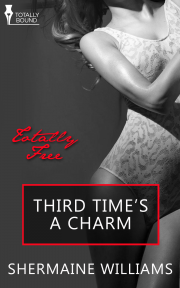 All Lily wants is to spend a pleasurable anniversary with her husband, Geoff. While it doesn't seem like much to ask, something always seems to get in the way with Geoff being firmly to blame.

Though Geoff organises a spa visit that goes a long way to make up for it, the gift inadvertently places her in the company of Karl, a dark-skinned vision in a white smock. Lily allows herself to be innocently attracted to him as he uses his skilled fingers to massage her body, but can she resist going further?

Share what you thought about Third Time's a Charm and earn reward points.