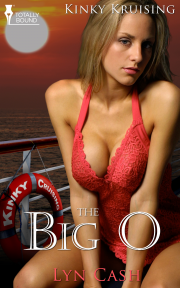 Book 2 in the Kinky Kruising series

One married couple, but a honeymoon shared by four. Orlando and Chesney first met through their best friends Tim and Janet. They even stood up for them at their wedding…then stood in for them during the honeymoon when the bridal couple split at their own reception.

Now the bride and groom have joined the best man and maid of honour on the honeymoon, and it's up to Orlando and Chesney to show the married couple how to find their happy sexually ever after.

Publisher's Note: This book has been released previously. It has been revised and re-edited for release with Totally Bound Publishing.

Orlando Enrique Valasquez, or The Big O, as his employees called him at Valasquez Optics in Silicon Valley, stared at himself in the cheval mirror at Kinky Kruising’s Honeymoon Suite twenty-five. The Mistress Mine had set sail hours earlier, and he’d already found himself beaten about the head and shoulders, scratched, and kicked in the groin by the woman who’d been occupying the bed when he’d crawled into it. Physical pain, he could stand. Humiliation, no, and wearing clothes that were several sizes too small for his large frame posed no end of embarrassment. Why hadn’t he checked to make sure he had his own luggage so that he wouldn’t be forced into wearing his friend Tim’s clothes? And why hadn’t the kinky bastard told him that the cruise was one for bondage aficionados?

“At least, you’re presentable.” Chesney Jinx stared at him from their bathroom doorway.

“At least, you’re the same size as the bride.” He ground his teeth, cursing his cock for springing to life at the sight of her in the iridescent, bright red bustier. Voluptuous, blonde spitfires had always been his downfall, and this gal depicted both adjectives in spades.

“What about your friend?” He whirled to meet her gaze. “The groom wasn’t the only weirdo at the wedding. Janet was just as kinky, or she wouldn’t have agreed to this honeymoon from hell.”

“Here.” Chesney walked towards him and pulled out a pair of scissors from behind her back then waved them, lifting her eyebrows.

“Wh-what?” He shrank from her.

“Oh, don’t be such a baby. Hold still. I found these in the luggage—maybe Janet intended to stab him or something. I’m just giving your arms a bit more breathing room.” She snipped at the shirtsleeve’s cotton material and tugged, freeing one bulging bicep before attending to the other.

“My arms aren’t the only things restricted right now.” His voice was a low, sexy drawl.

Chesney brushed the scissors against his denim-clad cock, the steel blades making him jump. “Prepare to be free.”

“No, thanks. I’ll just suffer this one.” He stepped back in surprise when she touched his dick through his clothing with one metal tip.

“You sure?” She batted dark lashes over sky blue eyes in mock innocence. “No trouble at all.”

When he merely shook his head, Chesney set the scissors on the dresser. Then she adjusted the scarlet, opera-length gloves that matched her costume and nylons and sat on the edge of their bed. “I’m sorry about kicking you in the balls. If you’d just phoned and let me know you were going to be on this cruise, none of this would have happened.”

“Chesney, if I’d known you were on the damned boat, there would have been no need for me to alert you that I’d be here as well, because I wouldn’t have shown up!”

Chesney pursed her lips. “Any reflection on me?”

“You know it isn’t. I just meant that I wouldn’t have inconvenienced us both. Who knew that the bride and groom would flail away at one another at the reception then call off the honeymoon? You had no idea I would show up—I had no idea you were already here. The wedding couple wasn’t communicating, so it’s no surprise that both of us were given their tickets, but I really wouldn’t have scared you like that.”

Orli groaned and faced the mirror, turning sideways. The jeans he was supposed to wear had the butt cheeks cut out of them in keeping with the party theme, the T-shirt in Tim’s bag was too small for Orli’s broad shoulders, and he’d ripped the arms just putting the damn thing on. The latigo straps across his boots were about the only thing that appeared secured in his costume. “I look like Li’l Abner. My ass is hanging out of this thing.”

“Yeah, but what a great ass!” Chesney heaved a dramatic sigh. Then she frowned. “I can’t believe those are Tim’s jeans. You’re a good two inches taller than he is.”

“They aren’t Tim’s jeans. I brought along a duffel bag that had an extra pair—these and the pair of slacks still in the bag are mine. The rest of this crap is Tim’s. And I really resent having to cut up my own jeans just to attend this function! I don’t understand why we couldn’t have just stayed in our cabin.”

He glanced over to make sure she wasn’t silently mocking him. She didn’t appear to be. If wasn’t as if this was her fault any more than it was his that they’d both been given the cruise tickets after a fight broke out between the bride and groom at the wedding they’d both attended. Chesney hadn’t expected Orlando to take the trip, and he hadn’t expected her to be on board when he’d arrived, already tucked into the queen-sized bed wearing nothing but her birthday suit and expensive perfume. 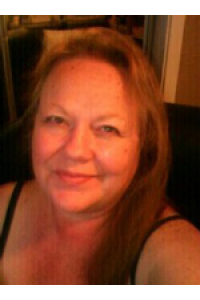 Share what you thought about The Big O and earn reward points.

Other books in the Kinky Kruising seriesView Series Page