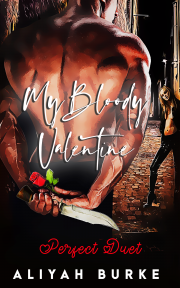 When a vacation becomes running for your life, will you trust the one forced to be at your side?

It was supposed to be a vacation…

SWAT officer Xahara Asher is on vacation, meeting her cousins for some downtime. Taken captive during a heist, she is prompted to work with her kidnapper just to stay alive.

Deep undercover, Jager Cline, is faced with making the ultimate decision. Let an innocent get hurt or protect her by forcing her along as his hostage. Unbeknownst to him, she’s far more capable than he initially assumes.

Tossed into tight quarters, things heat up rapidly between them. When it all goes down and the smoke clears, who will still be standing?

Share what you thought about Perfect Duet and earn reward points.