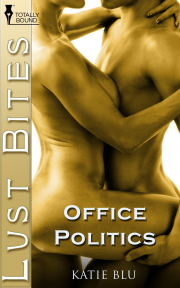 From fantasy to foreplay, can Betsy keep her perspective at the office when falling for her boss could cost her future?

Betsy Pruitt is up for a promotion at a magazine which has never seen a female executive. Just because Maxwell Sumner, her office crush, is up for the same promotion does not mean she is willing to forfeit an opportunity to rise to the top.

Max Sumner failed in his attempt to make a name for himself with his father's law firm. Given a second chance to succeed at the family owned magazine, he has moved from office lacky to business team manager under the careful training of the delectable Ms. Pruitt.

Keeping business and pleasure separate seems obvious, but what happens to office politics when Max finds Betsy in the throes of orgasm…at his desk in an empty building? All bets are off and the fight for the corner office suddenly becomes more complicated.

Betsy Pruitt rolled her eyes at yet another entreaty for help with a one-night stand. Sure, there were benefits to be had in scorching, rough sex, but how could the person claim to be in love with the woman then ask for one night?

She tried to ignore the nagging prod in the back of her mind. The one which said she’d do anything to have one night of sexual bliss with her co-worker, now boss, Maxwell Sumner. She also ignored the spiralling tingle down her spine at the thought he’d ever write a letter like this about her.

Betsy dropped back in her cubicle chair. Its hinges squeaked with the same fatigue she felt after pushing ten hours of work. The office had emptied and the only available light was artificial despite the two full walls of windows. She glanced towards the huge corner cubicle where Max worked. His desk had been cleared with the exception of a single light that pierced the darkness with valiant effort.

She caught her lip, considering whether or not she could get away with sitting in his chair just to touch something he had, to inhale his space. Her bottom would caress the same leather his had. Her sex, unhindered by panties she hadn’t worn, would brush the same contours his sex had. Her pussy tightened. The lace in her bra teased her puckering nipples and her breath caught.

“Good night, Betsy. Pulling another all-nighter?” Her co-worker winked at her, enjoying the office joke. “You’re the last one out. I hit all the lights on the north side. Don’t forget to lock up when you leave.”

“I never do.” Betsy glanced at her monitor. She had another two letters to answer and layout before the magazine’s deadline tomorrow morning. She supposed she deserved it after volunteering to take on the advice column when Murna had retired, but she’d been hoping to catch the attention of Max’s boss. So much for that plan. She doubted Mr. Philips had even looked at her resume for the layout editor’s position once he knew Max had also been interested in the corner office spot.

She groaned, feeling every one of her overtime hours this week. She could seriously use a solid fuck. Her eyes drifted back to Max’s desk. He’d been gone on business this week, schmoozing with companies, selling advertising spots in the magazine. Being deprived of seeing his wavy brown hair and bottomless black eyes or of hearing the baritone commanding the unseen phone voice behind the walls of his office was nearly a physical pain. More a sexual pain, she chortled.

However, Betsy was a realist and this was the real world. Office sex wasn’t a possibility. She and Max weren’t a possibility. A man that hot had models attached to his arm in his free time, not thirty-year-old pencil pushers with horn-rimmed glasses—though the single rhinestones on the horns were completely retro hot, in her opinion.

Betsy whipped out the last two responses. A solid forget about it for the office playboy and a reprimand to move out of mamma’s home to the forty-six-year-old man whining about his dating trouble finished the job. The template was easy since she’d saved several to work from. Finally, she initiated the shut down of her system.

Her computer whirred through the sequence and Betsy looked longingly into Max’s cube. It was after eleven o’clock and she ought to go home, take a bath, and get some sleep. Tomorrow he’d be back in his black leather chair, a phone attached to his ear and papers spread across the massive desk centred in his cube. Betsy would rather be the one spread across his desk. 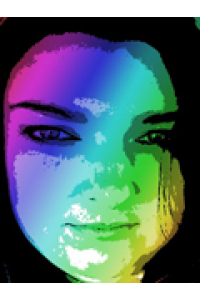 Katie doesn't let the fact that she has lived in the same small town her whole life keep her from experiencing all life has to offer. A hopeless flirt, Katie has had her share of embarrassing moments and red hot encounters.

She believes in living life to the fullest, and standing in her way just gets you run over.

5 out of 5! Office Politics by Katie Blu was a super fast, super sexy, HOT, read! Mrs. Blu dives right in and creates two characters that hit it off from the start. The chemistry between the two is...

Share what you thought about Office Politics and earn reward points.