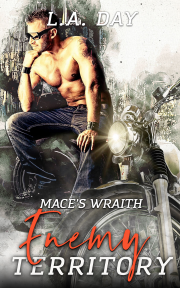 He would protect her even if it killed them both. Their second chance was paid for in blood.

Mace, the President of Wraith’s Blood MC is out for vengeance. Juice, his best friend, and Sergeant at Arms was just gunned down. Juice’s last request was that he protect his sister, Scarlett. Nothing or nobody would stop him from keeping his promise to Juice, not even Scarlett herself.

There was bad blood between him and Scarlett but that didn’t matter right now. Her safety, the safety of his club was all that mattered. Keeping Scarlett safe would prove tricky since he couldn’t trust anyone else to protect her and she didn’t want to be near him.

A few years back, she wanted much more than friendship and he’d been tempted. But Scarlett was a promising artist not meant for club life and that was all he knew. So, he slapped her down hard and she hated him ever since.

She’d graduated from a prestigious art school but instead of moving to New York and pursuing her dream, she’d stayed here opened a tattoo shop and made a name for herself. Scarlett hadn’t come to a club function in years but everyone knew she was Juice’s sister and that put her in danger.

Juice had discovered some shady dealings involving some of their brothers and it cost him his life. Now, Mace must figure out who he can trust while keeping Scarlett safe. Mace will risk his life to save her and his club. But Scarlett won’t sit idly by while Mace is in danger even if she’s breaking the rules.

Mace has no intention of letting Scarlett go again but she will have to learn that disobeying him will earn a punishment. 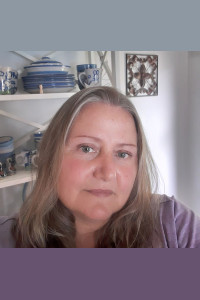 Share what you thought about Mace's Wraith and earn reward points.