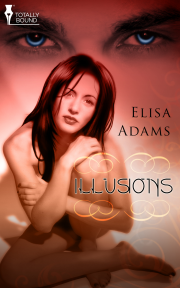 A work related errand turns into so much more when Alexis Moran meets up with her childhood friend Jeremy and things get out of control. She's always had a secret crush on the man, but had never worked up the nerve to tell him the truth. Now she's finally gotten the courage to take the first step…but things aren't what they seem.

Jeremy Talbot has a secret of his own, one he can't tell anyone except his family. He's an energy vampire who feeds off the energy and emotions of humans. He keeps to himself most of the time, trying to avoid human contact unless necessary, but then Alexis walks back into his life.

At first, he tries to frighten her away, but then he realises he'd rather keep her close. He's been in love with her all his life, and he can no longer hide what he feels, even if he has to hide what he is.

Coming here may have sounded like a good idea in theory, but now as Alexis eyed the creepy place she was having serious doubts. It had been one thing to volunteer to deliver the contracts when she’d been in the office, but it was an entirely different situation now, as she stood on the front steps staring up at a house that looked like it might cave in on itself at any moment. The fact that it was after dark only exacerbated her anxiety. The tales about the renovations to the old house causing a restless spirit to wake up came back to her, making goose bumps break out all over her skin.

When had she become such a wimp? She wasn’t here for a tour of the so-called haunted mansion of Bellville. She was here on a work-related matter, and she had no reason to be a chicken.

She raised her fist and knocked on the door. It swung open, creaking on rusty hinges. Oh, Lord. Could it get any more clich� than this? She would have laughed if she wasn’t scared out of her mind. What had happened to the big, tough office manager she had to be on a daily basis? So the place was a little dark. So it looked like it was falling apart. So what? She’d been in worse situations than this. Most of them in high school when she’d been young and stupid. Back then, she and her friends had been looking for thrills wherever they could find them. They’d been addicted to bad horror movies and had even worked at the local haunted house every October. What had happened to her that a dark, run-down house scared the living daylights out of her?

She’d grown up. She’d learned about the real world and had developed some fairly nasty fears. Fear of the dark. Fear of the unknown.

Time to put those fears to rest. Now was the perfect time to do it. All she had to do was step over the threshold.

Murky blackness stretched in front of her and she shook her head. This had to be some kind of joke. It was the only thing that made any sense. Jeremy Talbot, the owner of the house, was probably trying to get her back for the pranks she’d played on him when they’d been kids. Karma at its finest. That had to be what this was all about.

“Jeremy?” she called, stepping into the foyer. Of course, he would be here. Someone had opened the door. They didn’t just open on their own. “It’s Alexis Moran. I have the updated contracts for the renovations. Sean asked me to drop them off on my way home so you could take a look at them.”

Silence greeted her. Little fingers of anxiety crept up her spine. She fished around in her handbag until she pulled a slender flashlight out and turned it on.

“This really isn’t funny. I know you’re home. You just spoke to Sean a half hour ago on the phone.”

Still nothing. Not even a cricket chirping or a floorboard squeaking. She tightened her grip on the flashlight handle. Since she couldn’t get her hand to stop shaking, the beam wavered in front of her and made it look as if the shadows were moving.

She took another step into the large entryway, shining the flashlight around and following the beam with her eyes. The place was huge. Cavernous. And covered with a thick layer of dust. She frowned. Even the walls and floor looked grey. No footprints marred the ground. A shudder wracked her body. How was this possible? It looked like no one had been inside for years.

Probably because of the ghost waiting to eat humans.

This time she did laugh. Her eyes had to be playing tricks on her. The house was occupied. Any dust collected on the floor probably came from the work crews tearing down old plaster to replace with dryw 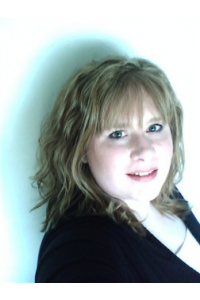 Elisa grew up near Salem, Massachusetts, and has spent most of her life in the New England area. A longtime lover of all things paranormal, she began her writing career with horror stories and eventually branched into romance novels. Her favourite books to write, and read, are dark paranormals, ghost and vampire tales, which she intersperses with the occasional romantic comedy to keep things interesting. When she isn't writing, she can be found curled up on the couch with a book in her hands. Elisa loves to hear from readers. Visit her website below.

5 out of 5!What a wonderful story!...The pace was just right for a short story...We can only hope Elisa Adams pens more of these exciting stories.

5 out of 5! Illusions is a wickedly sexy, creepy story filled with tension so tight it leaves you breathless. It reminded me of sinfully dark chocolate -- delicious, decadent, but desired.

Share what you thought about Illusions and earn reward points.