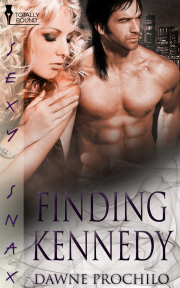 Will Kennedy's stalker get to her before Van can save her? Can he stop a crazed fan from stealing his love away?

During the weekend events, Van is never far from Kennedy's side all the while Harold is watching, waiting to make his move.

After sharing a passionate afternoon, confessing their love to one another, Kennedy and Van embark on the final event of the conference but a slight distraction pulls Van from Kennedy, which Harold takes advantage of.

Now the race is on for Van to find Kennedy before Harold harms her. Reliving a past incident when a client was in danger and harmed, Van must set aside his feelings of inadequacy to save Kennedy.

Sitting high on the barstool, her long legs crossed, Kennedy Parker ignored all the attention from the males in the bar. The right instep of her foot rested on the stool’s crossbar, allowing her left leg the opportunity to swing, enticing those with a view. Men and women alike were mesmerised by her every move. Her foot dangled provocatively and her short black skirt hugged her voluptuous hips and toned thighs—temptation for any breathing person.

He monitored her every move.

Her lush, dark blonde hair hung halfway down her back, splaying across her shoulders in a veil, as if it were hiding a treasure beneath. Her waistline cinched where her red camisole shirt disappeared into the waistband. She gave new meaning to the phrase ‘an hourglass figure’.

She swirled her finger around the rim of her empty glass. She seemed to be in deep thought. No smile was evident on her face. Every so often, she flicked her tongue across her lips to moisten them.

Men stared at her, while she remained oblivious to the gawking. She came out of her trance every few minutes to reach over and hit a button on her cell phone, placed haphazardly on the bar. She sighed, continuing her vigil of solitude. As the minutes ticked away, her left leg gained speed, its swings becoming almost violent.

The bartender approached, signalled towards her glass and she shook her head, covering the rim with her hand. He attempted small talk, but he was quick to learn she was distracted. He nodded and left her side.

Kennedy sighed again, her ire obvious to anyone in sight.

The large man in the corner stood, ready to make his move. He’d been watching her from across the room all evening. People had approached her, but she had shunned them. But he was different. He knew it. He was her friend, and he hadn’t been able to have access to her all day.

At first he’d thought she was avoiding him but he soon realised people demanded her attention. She was important and people flocked to her. They all wanted a piece of her, but not in the way he did. They wanted to use her for advancement of their own careers. She was special. He wanted her for his own reasons.

Yes, very special. Harold Dobbs straightened his ironed shirt, smoothed down the groin area of his slacks—he knew his mother would want him presentable for the occasion. Clearing his throat and swallowing hard, he took the first step towards her. The distance between them appeared huge, but in reality it was only thirty feet at the most.

His stomach started flopping and bile began to rise in his throat. He inwardly begged it to stay down. He had to make his move now.

Halfway across the room, someone strode past him, almost knocking him off his feet. Harold grabbed one of the chairs beside him to steady himself. Silently, he cursed the person. From behind, he could tell it was a man—tall, lean and on a mission. The man’s broad shoulders were encased in a worn, brown leather, bomber-style jacket. On his lower extremities, he wore loose-fitting designer jeans. His long hair was pulled back in a rubber band. He whipped through the maze of tables and chairs, zeroing in on Kennedy.

Harold panicked. He watched the man make a beeline for her. His sweet Kennedy. His Kennedy. The bile in his throat made it up to his mouth, creating a bitter taste. He rubbed his sweaty palms on his slacks and began contemplating his next move, but he needed to see what the man had planned first.

The man slid onto the barstool next to Kennedy, leaned in and spoke to her, drawing her attention. Harold could see her eyes dancing with enthusiasm and excitement, even from this distance.

Harold had been planning this meeting for months, and he wasn’t going to lose out on it now. He began walking towards Kennedy and the mystery man just as Kennedy kissed her index finger, held it to the man’s lips, then reached into her small clutch purse and handed the man her room key. Harold stopped cold. 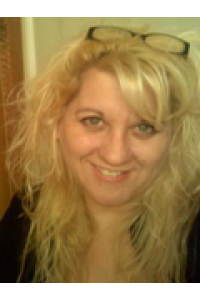 Share what you thought about Finding Kennedy and earn reward points.