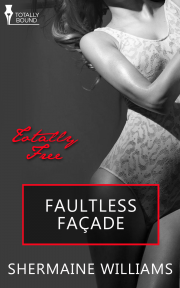 In public, Helena is the perfect, docile wife to Oliver's confident, dominant businessman. But in the bedroom the façade slips, and both of them know who's really the boss.

Shermaine Williams set ups excitement and anticipation for these two characters with tantalizing finesse! Helena and Oliver will be characters you'll remember long after you finish reading!

Share what you thought about Faultless Façade and earn reward points.