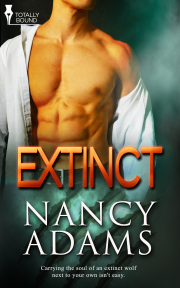 Theo’s sole purpose for the last ninety-eight years was to protect his wolf. That changed the moment he met Drew and the wolf called ‘Mate’.

Carrying the soul of an extinct wolf alongside your own isn’t easy. Swapping into said wolf is even harder. Ask Theo Grey—he’s been doing it for ninety-eight years. Yet, after surviving two world wars, witnessing the space race and patiently enduring the eighties, you’d think he’d have seen it all, but nothing could have prepared him for meeting Tofino’s new vet, Drew O’Bannion and according to the wolf, his mate.

Drew loves her dog, sleeping in and coffee. She also loves being a vet. The main reason behind her accepting the veterinarian practice offered to her from a family friend. Hoping for a slower pace at life Tofino seemed the ideal spot. What she didn’t expect was Officer Theo Grey. Theo is tall, dark and drop dead gorgeous, a definite 10 on the ‘wow’ scale. Regardless of his looks, there is more to Theo, there is her unexpected attraction for him. It’s unnerving and completely out of character for her, but she is able to match Theo’s hungry kiss, for hungry kiss.

With their desire growing at an alarming rate and the threat of an unknown shooter roaming the woods of the coastal town, Theo must face the ultimate decision—let Drew go for her own safety or claim his mate for all time.

Reader Advisory: This story contains scenes of violence and threats of non-consensual sex.

Theodore Grey sat at his handmade walnut desk and opened the first of three brand new journals. He didn’t know how many he would need, because he didn’t know how long he would live, so he had picked a number at random.

He flattened down the stiff spine and picked up his fountain pen with the intention of writing about his experiences while at war, but the sound of gunfire stilled his action. He held the pen for several minutes, the tip shaking as it hovered just above the first page. God, he hated this. He hated the memories that invaded his life and he was tired of fighting them, but he didn’t know any other way. The driving need to see and locate the source of the shots tugged at the survivor in him, even though he knew his mind was playing tricks on him. He knew what he would see if he looked out of the window, knew it wasn’t real, but despite the dread filling his stomach, he looked anyway.

Mud was everywhere. The rain had filled the trenches, pooled in shell creators and formed minuscule rivers in no-man’s-land. Disfigured bodies hung limp from rusted barbwire and scattered about were the remains of once enormous trees.

The wolf, who up until this point had been sleeping soundly, woke when it felt Theo’s anxiety. It pushed to its feet and after a yawn, forced a serene image into his head. Latching onto the image, Theo lowered his pen and, closing his eyes, took several deeps breaths. As usual, the animal’s forced assistance helped to clear his mind.

When he looked out of the large window in his study a second time, Kensington Park sat across the street. Even on this cold day, the park was full of people enjoying the newly fallen snow. Children were squealing as they threw snowballs, and the adults laughed, enjoying the playful scene.

Theo exhaled slowly. He had purposely moved his desk closer to the window so he could see the park. The idea, of course, was to help with the memories, to witness the good instead of always remembering the bad. Some days it worked and other days—like today—help was required.

A knock at the door caught his attention. “Come in,” Theo instructed.

James, his butler, entered. “Would you like some tea, sir?”

The man hovered in the doorway. Theo was getting used to the concerned frowns James would give him and like every other time, Theo gave him a reassuring smile.

“On second thought, tea would be nice and maybe some of Helen’s shortbread.”

“Very good, sir.” James nodded, looking relieved and closed the door behind him.

Theo focused out the window, except this time he didn’t see the snow or the sun reflecting off icicles. They were replaced with a dark forest covered in mud and blood. The people strolling through the park were suddenly the bodies of his dead men, their faces showing the gruesome details of their deaths. It was a horrific scene and one he had lived through, thanks to the wolf.

Picking up his pen once again, Theo started at the beginning…

The final moment of my life didn’t arrive until well after dark, June 1915. I was resting silently in a Belgian forest against the base of a large chestnut tree. At the time, I remember being furious that most of my small reconnaissance team lay dead. Proud to have known such strong, honourable men, angry that I hadn’t died as they had and jealous, because they were no longer suffering and I was.

As I lay in the dark listening to the sound of flares and random gunfire, I saw a shadow low to the ground, skulking through the forest. My body reacted before my mind and I gripped my pistol. I had no rounds left but I readied myself anyway. As the shadow drew closer, it slowed and I could make out the distinct outline of a very large dog. It looked to be an Alsatian Wolf Dog the Germans used on patrols, except larger…much larger. I tried to keep the dog in my sights—I had to be ready when he caught my scent—one whine and his handler would be all over me. I had no intention of suffering in the hands of the enemy. I wanted to die on my own terms, like any noble officer of the King’s army.

I blinked quickly, trying to clear sweat and dust from my eyes. The dog, steadily approaching, dropped an inch from the ground, practically crawling. The Alsatian disappeared in the dark shadow of a tree and when I blinked for a third time, Private Jonathan Cook was standing in front of me. The man was covered in dirt, bleeding from a vicious wound to his right side and naked…completely naked.

Cook was considered the best scout on the Western Front and an even better tracker. I knew little about Private Cook, except for his skills on the battlefield. There was never enough time to learn about the man who stood before me. He had only joined my unit a month prior.

Cook staggered to the side then fell hard to his knees, holding his wound. His black eyes locked onto mine as he rested his hand on my shoulder, then very slowly he began speaking in a language that I had never heard before. His deep voice caused the words to vibrate low in his throat as he spoke, some seemingly closer to grunts than actual words. He then switched to English. “The wolf and I have waited many years for you,” he began softly. “He caught your scent months ago when you visited the Canadian trenches looking for scouts. Once we had your scent, we tracked you, through forests and towns, no-man’s-land and the German trenches. You have fought with many, killed many. The wolf, he smells the warrior in you.”

I shook my head and hissed. The slight movement sent excruciating vibrations to the hole in my stomach. “What the bloody hell are you talking about, Cook?”

“I have spent three lifetimes in this world. Nina, the luuc I loved, died long ago. On that day I wanted to die too, to go with her, but I could not. The wolf kept me alive, for she was not our true mate.”

“Wolf? Mate?” I shook my head again, trying to sort out the story he was telling me.

Cook shifted back onto his bottom, still holding his side. “The wolf is a survivor. He will do whatever is necessary in order to live. He has pulled me from death more times than I can count, so I made a pact with him. Pledged that I would find a man who would be worthy of him, yet strong enough to contain him, keep him to this world, so that I may join Nina. There has been none, until you. The wolf has chosen you and it is you he will have.”

Cook raised his hand to quiet me. The snapping of branches could be heard echoing around us.

Without a single word he raised his face to the sky and inhaled a long, slow breath… Then he leapt into the air and landed in front of the German patrol as…Wolf.

I blinked, thinking my eyes were playing tricks on me. I was dying after all, the damage from the bayonet now extensive.

When I opened my eyes, the huge creature was still there. It leapt into the air a second time, its long muzzle locking onto the first startled soldier. It tore and ripped at his throat. The mangled body hadn’t even hit the ground before the beast was launching itself at the other soldier. This one put up more of a fight, brought the barrel of his rifle up just in time to fire a round into the creature Cook had become. The bullet ripped straight through the hindquarters, but the animal didn’t slow. It was too big, moving too fast. The man never stood a chance as the animal hit him square in the chest. Razor-sharp teeth bit deep into the side of his neck and shoulder muscle. The German fell back, air forced from his lungs by the weight of the wolf standing on his chest. The eerie silence that followed was filled with a low growl as human flesh was shredded and frayed.

Weak and unable to fight off the creature, I watched as it limped towards me. 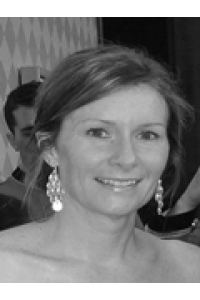 Wow!!! This story was truly HOT and truly awesome.

Wow!!! This story was truly HOT and truly awesome. Extinct has it all; hot love scenes, action, drama, suspense, mystery. Drew is one of my favourite characters ever: she is so relatable and fun to read!...

Share what you thought about Extinct and earn reward points.