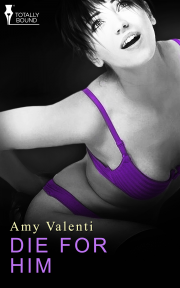 She's meant to guard his body, not to get up close and personal with it. But anything he wants, he gets—and he wants her.

Billionaires aren't amongst Mia's favourite clients. She's a bodyguard, and in her experience only the morally defunct alpha males make the big bucks. So when she's assigned to guard Dean Tremaine's luscious body, she doesn't expect to be more than superficially attracted to him. He's getting death threats from disgruntled employees, after all. Why would she find him irresistible?

She might have underestimated how much she wants him, but he's just as used to getting his own way as she expects. And when her main concern is his safety, the last thing she needs is for him to disregard her instructions, or to distract her with his provocative behaviour.

Can Mia persuade the sexy billionaire to keep his hands off her for long enough to protect his life? Or will his reckless pursuit of her affections lead to disaster?

What kind of billionaire holds a business meeting in a nightclub?

I put the finishing touches to my lipstick and clicked the cap back into place, then put it back on the dresser, not without reluctance. I’d have loved to take a purse with me, but it would just get in the way if I needed to move quickly.

“You ready?” Rick called from the living room.

“Think so.” I picked up my only essential item for the evening, my trusty Glock pistol, and tucked it into its holster at my hip. After taking a last look around me, I headed out to meet Rick, who was staring, perplexed, at the collection of extreme sports gear piled in the corner.

“I thought you were on jury duty this week, not snowboarding and skydiving.”

“Oh.” I eyed the corner distractedly. “I keep meaning to pick that up, but I use it all so often that there doesn’t seem like much point.”

He shuddered. “Man, I don’t know how you keep throwing yourself out of planes and down mountainsides and stuff. That would freak me the fuck out. Aren’t you scared of dying or something?”

I should be so lucky. I bit back the words before they emerged. I didn’t want the guys I worked with to know I couldn’t find much to live for these days and needed a good jolt of adrenaline to get my kicks. That’d get me suspended on psych leave, or worse, fired. I could hardly handle two days of jury duty, never mind a life of leisure with no wages to fund my need for extreme sports.

Rick turned and looked me up and down. “Nice. I love the way the Kevlar brings out your eyes.”

“Thanks.” I rolled my eyes and adjusted the vest below my black shirt. Said shirt was the loosest piece of what could pass as clubwear I owned, but to a trained eye like Rick’s, the body armour was easy to spot. Luckily, I wasn’t trying too hard to pass myself off as a civilian—I was only covering up the vest to avoid freaking out the rest of the club’s patrons. It wasn’t a sexy look, but it was functional. “Remind me where this club is, again?”

“Just off Miller Street.” Rick switched to businesslike, heading for the door, and I followed, locking up behind us. “I’ll drive.”

“And you’re sure it’s an invitation-only night?”

“Positive. While you were sitting around taking it easy on jury duty, we were vetting the guest list and checking out the venue. You’re gonna love it.”

Judging by the grin on his face, I wasn’t too sure about that.

I slid into the passenger seat and buckled up, waiting for Rick to do the same on the driver’s side before continuing the conversation. “So why is he having a business meeting in a nightclub anyway? He’s only got one more night until the big meeting that’s put his life in danger to start with. Wouldn’t he be safer waiting until this is all over?”

“Trust me, we’ve already had this conversation with him. From what I understand, it’s his nightclub and he needs to deal with some legal issues. At least it’s a change of scenery from the usual.”

“Well, if he dies it’ll be his own damn fault.”

Rick grinned and started the engine, then eased the car away from the kerb. “True enough. But if he dies, we don’t get paid, so keep your eyes open.”

Share what you thought about Die for Him and earn reward points.