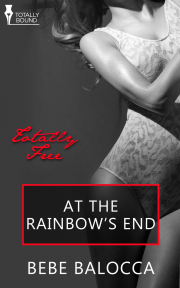 At the Rainbow's End

Brian suspected that there was something special about Prescott Woods, but what he found on the afternoon of March 17 rocked his world.

A dazzling rainbow lures Brian into the depths of Prescott Woods. The photographer can't resist the ethereal images he captures on film. He trespasses into the forbidding shadows of the forest in search of the rainbow's end.

Brian discovers the curvaceous and captivating reason why leprechauns guard their pots of gold so fiercely. Aurelia is worth more than all the riches in Kentucky, but does Brian have what it takes to hold on to her?

Share what you thought about At the Rainbow's End and earn reward points.