This week Editor-in-Chief Rebecca has chosen Bliss by Helena Maeve!

Helena Maeve has an enviable ability to write fantastic books across multiple genres and Bliss is a fine example of her talent for creating sci-fi fiction.

Delve into the futuristic world of Arcadia and enjoy action, thrills, suspense and red-hot romance!

Choose Bliss for a fast-paced, sexy read from an extremely talented author. 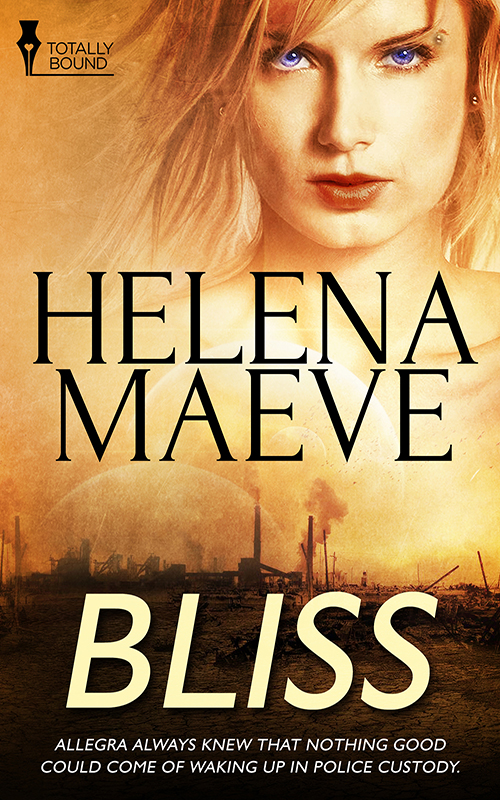 Here’s what Editor-in-Chief Rebecca has to say about Bliss:

The world Helena Maeve has created in Bliss is gritty, dangerous, and too close to reality for comfort. Allegra’s own survival depends on her helping the police find the Bliss Slayer, but this search leads her to far more than she’s bargained for, not least Detective Leo Darius. His complicated past seems too much to overcome, and Allegra has her own troubles. Bliss is fast-paced, clever, and just as addictive to the reader as it is to Allegra.

Allegra always knew that nothing good could come of waking up in police custody.

The corporations that run Arcadia have just banned Bliss, the only known treatment for Acute Empatheia Nervosa, and Allegra Avenson’s last hope for a normal life. Allegra’s ability to function without the drug is shaky at best, but when Arcadia’s finest pick her up for possession, it’s like she tumbled down the rabbit hole. Now police are telling her she can serve a prison sentence or help to end a string of murders intimately linked to the illegal trafficking of Bliss.

Only her would-be partner Detective Leo Darius seems suspicious of the arrangement. The frosty investigator has been working the streets long enough to know what most of his colleagues refuse to acknowledge.

Empaths can do a lot more than read emotions—they can create them.

As the pair join forces to stop a murderer, their own feelings get the better of them. A junkie and a hustler, Allegra can’t help but desire a man who seems determined to shoulder the weight of the world all by his lonesome. Seducing this modern-day Atlas is supposed to be a means to an end, but just because she can read truth into the faintest flicker of human emotion doesn’t mean that Allegra is impervious to the caprices of her own heart.

Get your copy of Bliss here.