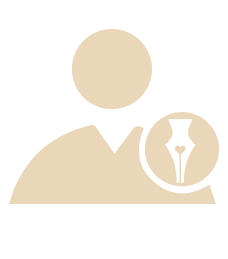 Logan Meredith began writing as a teenager when beautiful boys started keeping her company at night. Unfortunately, the voices she heard were imaginary, and their conversations resulted in horrible insomnia. They only let her sleep when she started typing their words down. Thankfully, being awkward as hell and a head taller than anyone else in the school afforded plenty of spare time for writing.

At first, she tried to make them play with characters from her favorite television series or books. She found her lost tribe with a ravenous, crazy group of fan fiction lovers online and started sharing her stories publicly. Then something amazing happened: new characters arrived and started demanding their own stories. Only they wanted their own world to play in and they wanted to find their true loves. So between her day job and making time for her family, she tries to keep up with the demands from her beautiful men for their happily-ever-afters.

A native of San Antonio, Texas, and a graduate of the University of Texas-San Antonio, Logan is an accomplished cross-country mover having honed her skills bouncing between five states.  She currently resides in Houston, Texas. In addition to writing, she spends her time reading and re-reading her favorite books, cheering for the San Antonio Spurs, playing Words with Friends, and procrastinating pretty much everything else.

Logan is a proud member of the LGBTQA community and vocal advocate for mental health awareness suicide prevention, and equality campaigns.

Logan welcomes the chance to interact with readers.

This author also has books at Pride Publishing