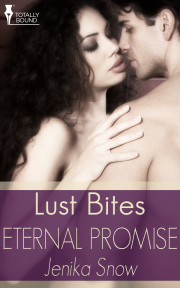 A past that haunts your every step, and a future that promises the most delicious seductions.

When Addie moves to the quaint town of Clarity, she thinks she has finally escaped her horrid past. Working at the hottest club in town, "Vitali", proves to be a stepping stone in the right direction, but when she finds herself extremely drawn sexually to her boss, Dimitri, she doesn't know if she can pursue him and leave her past behind. Nor does she know that the man she has grown so attracted to is actually a Vampire.

Addie and Dimitri find themselves irrevocably attracted to each other and nothing seems to quench their hunger except being together. They must work as one to overcome not only the reawakening of Addie's past, but also the monumental change that is about to take place in both of their lives.

Addalina lay on the soft-carpeted floor, breathing heavily and feeling the warm blood trickling from her nose. Every part of her body ached, and she knew this time he must have broken at least three of her ribs. With an effort that sent excruciating pain shooting through every part of her, she managed to roll onto her back. For long minutes she just lay there, staring at her bedroom ceiling, lacking even the energy to cry. But she couldn’t stay here. Gritting her teeth, she tried to pull herself to her knees.

“Get up, and I’ll lay you flat on your ass again.” His heavily slurred words came from the dark corner.

Her boyfriend, Joel, stumbled a couple of steps into the room.

She should have seen the signs of his abuse, but by the time she’d finally caught on to how he really was, it was too late. He had seemed to be the perfect man, so sweet and caring at first, and just a little jealous, which had made Addalina feel wanted. Their relationship had been great until they had decided to move in together.

That’s when the demon in him finally came out. He would stay out late with his friends and come home piss ass drunk only to accuse her of having another man over while he’d been gone. At first, Addalina had denied everything and hadn’t really let it bother her. She’d excused his erratic behaviour for a drunken man’s thoughts. When he had started with the pushing then the slapping, she had known she was in trouble.

Of course, she had tried to leave him. She had even had her bags packed when he had come home early one day to find her on the verge of escaping. He’d gone crazy. As he always had before, he’d apologised after his abuse, but Addalina knew he would always be like this, and she had feared for her life. Yet until now, she had never spoken to anyone of the way he treated her and had always hidden the bruises and cuts well when she’d gone out.

This morning, though, she had finally reached out to her sister, Sersha, for help. Sersha had been angry Addalina had waited so long, but had been so understanding and loving it had made Addalina weep with thankfulness. She’d packed her bags and had been about to walk out of the door when Joel had come home, horribly drunk again, with a bottle of Jack Daniel’s in hand. 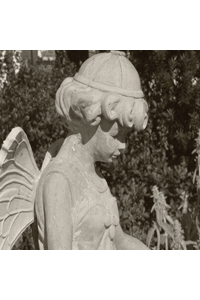 Eternal Promise is a wonderful short story...I would recommend this story to anyone wanting to curl up with a good book.

A Reviewer Top Pick! “Eternal Promise is a very intense love story that will take you on one wild ride!...Jenika Snow is a brilliant author who brings to life such wonderful and charming people who...

Share what you thought about Eternal Promise and earn reward points.