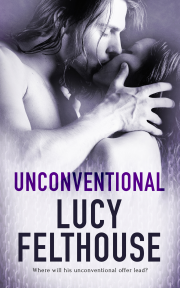 Penny’s being punished for doing something stupid. But will her punishment turn out to be the best-ever reward?

Penny was caught out in the wrong place, at the wrong time. As a recently graduated law student, the brush with the law could put an end to her career before it’s even begun. But thanks to her lawyer daddy’s contacts, she’s been given a second chance. A chance to redeem herself and make her stupid behavior go away.

Which is how she ends up working in a soup kitchen, preparing and serving meals to those who are having a rough time of it. She’s not keen on the idea, and when she meets Maddox, the guy in charge, she’s even less keen. A tall, skinny, mad-haired, tattooed guy, Maddox is the sort of person Penny would normally cross the road to avoid. But once she gets to know him, she starts to see things differently. He’s had a checkered past himself, and has now put it behind him and enjoys a glittering, prosperous career as a top chef.

Maddox may have unconventional looks, but Penny quickly grows to like him, and, much to her surprise, finds herself attracted to him. He’s a lot older than her, and their lives are at completely different stages, but in spite of this, there’s an undeniable connection between them.

When Maddox makes Penny an unconventional offer, will she have the courage to take him up on it? And if she does, where will it lead?

Publisher's Note: This book has previously been released as part of the His Domain anthology with Totally Bound Publishing.

From the very second I laid eyes on him, it was clear he was unconventional. If I’m being truthful, I thought he looked like a complete nutter—someone I’d probably cross the road to avoid. Even in the daytime. He was tall and skinny, with a shock of black hair—still apparent under his hairnet—and pale skin. Kind of like Edward Scissorhands. Only—mercifully—without the scissors for hands part. A vine-looking tattoo began at his left wrist, worked its way up his arm, then snaked beneath the sleeve of his T-shirt…to who knew where?

Oddly, even though I mentally kicked myself for thinking it, I found myself wanting to find out. Did it stop at his upper arm, his shoulder? Did it continue over his back, his chest, twine its way around a pectoral, sneaking in toward the nipple? Or even farther south, perhaps?

Even if you took Mr. Unusual out of the equation, there was nothing normal about the situation I found myself in. After all, what recent graduate of law school finds themselves volunteering in a soup kitchen? A recent graduate who lost her head—and heart—over a bad boy, that’s who.

However you want to look at it, I fucked up. Big time. I fell for the wrong guy, trusted him, and ended up caught up in something that got me arrested.

It could have been the end of my law career. Before it had even started, and after all those years of education—not to mention a rather large chunk of my parents’ cash. Fortunately, they’ve got plenty of it, due to my daddy’s successful career. He works in law, too, which, luckily for me, means he’s got friends in high places.

So it was less voluntary work, more community service. Otherwise known as do-this-or-you’ll-get-a-criminal-record-and-kiss-your-career-goodbye.

Fixing my potential glittering career in my mind, I took a deep breath and crossed the industrial-looking kitchen, heading toward him. He looked utterly at home chopping carrots—he was like one of those chefs you see on the telly, his hand and the knife he gripped moving so fast they were almost a blur. I cringed at the thought of trying such a thing. Never mind the end of my career, it’d be the end of my fingers.

Approaching cautiously—I didn’t want to startle him and cause a horrific accident—I waited until he’d finished his carrot before speaking. “Um, hi.”

Turning quickly, still with his knife in his hand, he smiled. “Ah, hello. You must be Penny.”

For a moment, I was so caught up in his eyes that I couldn’t reply. Fortunately, I managed to get a grip before I was the one who was a nutter. “Um, yes, that’s right. I’m here to help out.”

As though suddenly realizing he still held the knife, he glanced at it in his hand, then quickly put it down on the counter. “Sorry. Didn’t mean to greet you with a blade! I’m so used to using the things that it’s like they’re an extension of my arm.”

Hmm, so maybe he’s Edward Knifehands. I suppressed a shudder.

Those stunning eyes—such an unnatural yet beautiful blue—twinkling, he held out his now empty hand. “I’m Maddox Black. Pleased to meet you. And very pleased to have you here.”

We shook. As we did so, the heat that had sparked inside me when we’d made eye contact began to intensify.

Christ, no, Penny. You just ditched one bad boy. The last thing you need to do is swap him for another one.

But then, how bad could he be if he was giving up his own time to work in a soup kitchen? Unless, of course, he was there for a similar reason as I was. “Penny Anderson. Pleased to meet you, too, Maddox. Unusual name, that,” I couldn’t help adding.

He shrugged, but he was still smiling. “I’m an unusual guy. Are you ready to work? We’ll be opening in an hour, and there’s still lots to do.”

I looked around incredulously. “It’s just the two of us?”

“‘Fraid so, today.” He turned back to the worktop and resumed his speedy chopping. “It’s not easy getting people to help out. Folk are happy to just throw a bit of money our way to appease their consciences, but not actually get their hands dirty. One of my regular helpers is down with the flu, so the timing of your arrival couldn’t be better. I know you’re here under duress, but still, I’m grateful.”

I frowned, but decided not to take him to task about the comment. He was only telling the truth, after all. There were a million other places I’d rather have been. “So,” I said, too brightly, “what do you want me to do?”

Four hours later, we’d handed out the last meal and were well stuck in to getting everything cleaned up. Maddox was tackling the kitchen while I was covering the dining area. Given the state of some of the pans we’d used, I think I got the better end of the deal.

As I wiped tables and chairs, flipped chairs upside down to rest on tables and swept and mopped the floor, I was deep in thought. Helping to serve up food to those who couldn’t afford it had been nothing like I was expecting. Far from it being the grim, depressing experience I’d imagined, it had been pretty damn uplifting.

The people were just so grateful. None of them really wanted to be there, taking handouts, but their circumstances left them no choice. And those circumstances were wide-ranging, from what I’d gathered from Maddox. It was a display of just how fallible humans are, of how we all make mistakes, or just get a really bum deal in life. As I took in each genuine smile, each ‘thank you’, each ‘looks great’, I realized that perhaps I was being too hard on myself. These people were human, they deserved compassion and help, a chance to get their lives back on track. And if they did, then so did I.

Yes, I’d screwed up. But nobody had died, or even gotten hurt. And it wasn’t like I’d planned any of it—I was just in the wrong place at the wrong time. Admittedly, with the wrong people. I wasn’t a bad person—just one who was a little gullible, perhaps. Well, I wouldn’t be making that mistake again. I’d heard somewhere that you’re only stupid if you make a mistake and don’t learn from it.

Feeling much more positive, I hummed a tune as I carried on with my task. I became so engrossed, having fallen into a rhythm—wipe, flip, sweep, mop—that I didn’t notice Maddox until I almost hit him in the face as I upturned a chair. Gasping, I then almost dropped the chair on his foot.

He took it from me with a grin and put it on the table. “I just came to see if you wanted a drink. You’ve been flat out since you got here.”

As our gazes met, it occurred to me what a damn shame it would have been if I had hit him in the face with a chair. Because it was a very nice face. Aside from the eyes—which still captivated me no end—and the mad hair, which he’d now liberated from its net, he had cheekbones to die for and luscious, expressive lips. Ones I could well imagine kissing, and much more besides.

Shoving the lustful thoughts aside, I forced a smile. “Yes, please. That would be great. I’m almost done here, actually. Give me five minutes and I’ll be with you.”

“See you in five.” He turned to head back toward the kitchen, then threw over his shoulder, “Great job, by the way.”

I didn’t respond. I’d been too busy enjoying the view of his backside as he walked away, then his words had rendered me speechless. I hurried to finish what I was doing, hoping the heat in my cheeks would dissipate before I had to face Maddox again. There was no way I wanted him to know what sort of effect he was having on me. He’d probably think I was some stupid kid. Actually, he probably already did think that, given he knew the reason for my attendance at the soup kitchen.

I sighed. Bloody hell, it hadn’t taken long for my positive mood to disappear. Ah, well, hopefully a nice cup of tea and some more close up time with Mr. Unusual—not to mention gorgeous—would perk me up again. 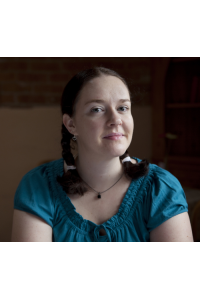 I positively loved this story and thought Maddox was great! He certainly knew his way around kitchen utensils... 5 Stars

A short from Lucy. Being in the wrong place at the wrong time with the wrong BF is not what Penny would have wished for. With her promising Law career nearly over before it began - it takes her fathe...

Share what you thought about Unconventional and earn reward points.