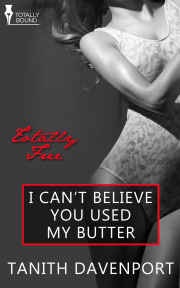 I Can't Believe You Used My Butter

Sasha's roommate Julia is a great girl to live with but for one thing—she steals Sasha’s food. Sasha puts up with this, preferring to focus on her hot new boyfriend Hal, whose love of sex and experimentation run exactly parallel to her own desires…all apart from her favourite fantasy, which she has never dared to suggest.

But when Sasha and Hal arrive at the flat to find Julia has stolen Sasha’s last bottle of Coke, Hal comes up with a form of revenge which will just suit Sasha’s most secret, unspoken longing…

Share what you thought about I Can't Believe You Used My Butter and earn reward points.